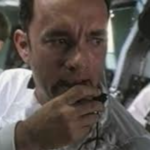 Thanks to Medicaid over-spending, New York’s state budget gaps have blown up to their highest levels since the Great Recession.

Back in July, the state’s first quarterly report pegged the out-year budget gaps at $4 billion for fiscal 2021, which begins next April 1, and up to $4.7 billion by fiscal 2023.

Today’s plan reveals the shortfall for the coming year has grown to $6 billion—the biggest at the mid-year point since Governor David Paterson’s projected $9 billion gap in November 2010, which had grown even larger by the time Cuomo took office a few weeks later. The out-year gaps for fiscal 2022 and 2023 have ballooned to $7.5 billion and $8.5 billion respectively, also the largest since the recession.

But this emerging problem isn’t due to an economic downturn or a fall in revenues. Today’s plan makes no change at all to projected tax receipts; in fact, it reflects a $428 million increase in projected miscellaneous receipts and federal grants, over the amounts projected in the First Quarterly Update released in August.

The problem, in a single word, is Medicaid.

In July, Empire Center’s Bill Hammond first called attention to the fact that Cuomo rolled over $1.7 billion in Medicaid payments from the end of 2019 to the start of fiscal 2020. And as today’s update confirms, this has compounded into a $4 billion problem in the current fiscal year. The Mid-Year Update lays out two steps for closing the current-year deficit:

Further details of those “savings” won’t be released until the Governor presents his FY 2021 Executive Budget in January, but today’s plan does say that only half the savings will be recurring. He’ll then need to come up with another $3 billion in Medicaid cuts to stay under his “global cap” on health care spending in FY 2021.

Keep in mind the largest single category of state operating funds spending—larger, even, than Medicaid—is aid to local public schools. Cuomo’s Financial Plan assumes a school aid increase of $1 billion— a not-unhealthy 4 percent growth rate, or double the current inflation trend, at a time when pupil enrollment statewide is continuing to sink. But school advocacy groups will be pushing for much more—an increase of at least $2 billion. And that will be just one of the fights looming on next year’s budget horizon.

Over his first two terms, even adjusting for budgetary accounting gimmicks, Cuomo held the total average state-funded budget growth to a lower inflation-adjusted level than any governor since Hugh Carey (1975-83). But the looming 2020 budget fight will be, by far, the greatest test of his commitment to fiscal discipline since first budget, back in 2011.