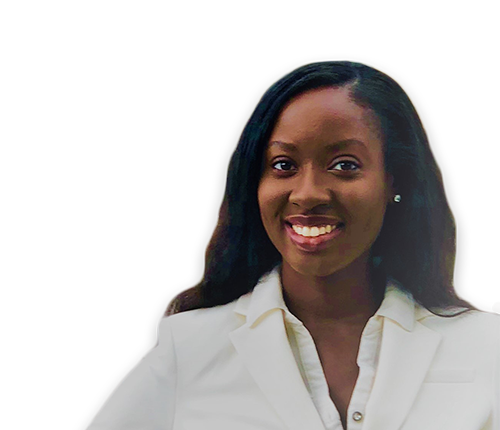 Brooklyn-born and Capitol-bound. Elizabeth Adadi is the new Communications and Marketing Manager at the Empire Center for Public Policy, where she manages the Center’s communications and marketing strategy.

A native New Yorker, Adadi had the honor of serving our country in the United States Army Reserves for 8 years, as a lead developer of print collateral and digital media to strategically communicate information. Afterwards, she served as a Veterans Innovation Partnership Fellow with the U.S. Department of State, performing various duties that ranged from preparing visualized data presentations that can be easily consumed by the public to drafting policy briefings. With an interest in how people intake and process information, Adadi holds several degrees, the most recent being a Doctor of Philosophy from Florida International University (FIU).

Adadi’s foray into public policy began with The Heritage Foundation Young Leaders Program and took off with a placement at the U.S. Capitol in the Office of Mark Meadows (R-NC), then chairman of the House Freedom Caucus. During this time, she learned about the complexities of American politics and the importance of defending freedom.

Prior to joining the Empire Center, Adadi spent years traveling across the country in search of innovative ideas and new experiences to aid in her quest to understand the human psyche and help others. From working with reintegration programs for military reserve service members to advising and teaching students in academia, Adadi has learned that communicating information that makes connections and inspires change is her passion.

Along with her Doctorate, Adadi holds another Doctor of Education from Nova Southeastern University, a Master of Arts from San Francisco State University, and a degree in Psychology from FIU.