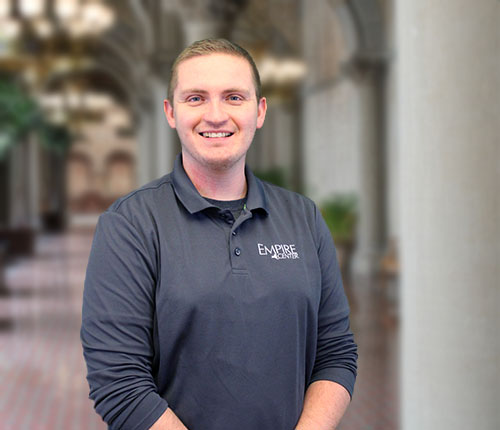 Kyle Davis is the Director of Public Affairs for the Empire Center. His responsibilities include increasing the Empire Center’s presence in the Capitol, building relationships with state and local elected officials, and strengthening advocacy coalitions. He promotes and educates on key Empire Center priorities.

Kyle joined the Empire Center’s team in December 2021. He previously worked at the Greater Binghamton Chamber of Commerce as the Government Relations and Public Policy Manager, and worked closely with other business groups across the State to advance a pro-growth legislative agenda.

He graduated from Binghamton University in 2018 with a Masters Degree in Public Administration and holds both a degree in Political Science and Communications from SUNY Cortland.

He and his wife Jessica reside in Binghamton New York and are actively involved in their church. When not working towards a more flourishing New York, Kyle enjoys fishing with his grandpa or playing with his two dogs Annie and Lilly.