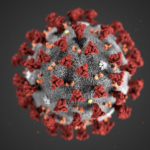 The state Health Department released additional coronavirus data on Saturday that gives a clearer picture of which counties and age groups have been hardest hit by the pandemic so far. The figures are summarized in the charts below.

The data confirm that the virus is concentrated in the New York City metropolitan area, with the city itself accounting for almost three-quarters of the 3,565 deaths through Friday.

When adjusted for population, the death rates in the neighboring counties of Nassau and Westchester have been almost as high as the city’s, with Rockland and Suffolk not far below.

Mortality has been concentrated in higher age groups, consistent with the pattern around the world. Of those who have died, 93 percent have been over 50, 82 percent over 60, 64 percent over 70 and 37 percent over 80.

As with deaths, the number of confirmed cases has been concentrated in New York City and the surrounding suburbs, with Queens and Brooklyn having the largest number of positive tests.

When adjusted for population, however, Rockland, Westchester and Nassau have the highest rates of positive tests per 10,000 residents. This could reflect varying patterns of testing, but it might also foreshadow where the worst of the pandemic will hit next.