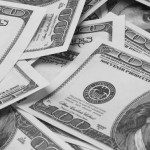 The title of the comptroller’s report conveys a key point—”Coronavirus Will Cause Multi-Year Hit to State Finances”—which has yet to get much attention from the short term-fixated governor or the Legislature. In his accompanying press release, DiNapoli said:

“Tax revenues will be substantially lower in the near term because of the pandemic, and likely well beyond. The state should minimize long-term costs from any new debt and commit to building up our rainy day reserves. The road ahead is a challenging one and will require a long-term strategy.” [emphasis added]

Cuomo has been pushing for up to $10 billion in added unrestricted aid from Washington, and after meeting yesterday with President Trump he reported that the president had expressed willingness to provide added funding for states and local governments in the next stimulus bill.

In the meantime, DiNapoli’s report provides some perspective on what New York already has received or been promised, including:

The state also has been promised, and has budgeted $1.1 billion in added federal education aid from the CARES Act, an amount Cuomo used to reduce the state-funded share by a similar amount.

The federal aid received by Albany so far was distributed according to formulas that in crucial respects shortchanged New York given its status as the nation’s coronavirus epicenter, as Bill Hammond explained here.

DiNapoli in today’s report made it clear that he also views additional federal assistance to the state, local governments and public authorities as “essential.”

Key findings from the comptroller’s report included the following:

The fiscal impacts of the COVID-19 pandemic will be with us for some time. Significant losses of State tax revenues are likely to extend into State Fiscal Year (SFY) 2021-22, and there may be further effects in the following years. There will also be upward pressure on State spending for essential services related to the ongoing public health and economic challenges.
[snip]
Long-term borrowing should only be used as a last resort, and if so should be limited in scale and duration. Plans for any short-term cash flow borrowing should be disclosed as soon as they are known. If the Division of the Budget (DOB) determines that fiscal conditions require borrowing beyond the end of the fiscal year, it should provide policy makers and the public with a detailed analysis justifying the need as compared to potential alternatives. Any such borrowing should be limited to the shortest period reasonably possible, to minimize total interest costs and undesirable impacts on future years’ budgets.
Planned Medicaid savings remain uncertain. The Executive Budget Financial Plan assumed more than $2.5 billion in savings this fiscal year; those identified to date are significantly lower. In addition, financial losses currently being experienced by hospitals and other health-care providers may result in pressure for additional State support. Extraordinary flexibility to control spending requires extraordinary transparency and accountability. DOB should go beyond statutory reporting requirements to provide more frequent and more detailed public updates on fiscal developments, including monthly updates on the economic and revenue outlook. Given the range of challenges facing entities that depend on State funding, stakeholder input should be considered as to the nature and timing of budgetary actions during the fiscal year.

Cuomo has indicated his Budget Division will, any day now, issue a financial plan update—which will probably flesh out the governor’s threat to reduce school aid and other major program categories by 20 percent if he doesn’t get the unrestricted aid of at least $10 billion that he’s seeking from the feds.

As I wrote in the New York Post yesterday, the feds should not bail out New York and other states without some important strings attached:

First, stipulate that federal aid otherwise due to any state will be reduced by an amount equal to money spent on higher wages or benefits for current government employees.

Second, require states and large cities to produce budgets that are balanced on the basis of Generally Accepted Accounting Principles, the same condition New York state imposed on Gotham after the fiscal crisis of the 1970s.