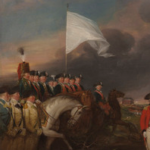 In buckling under to pressure and threats from Governor Andrew Cuomo, National Grid has firmed up a troubling new normal of regulatory policy in New York State.

Cuomo announced yesterday that National Grid had agreed to end its self-imposed moratorium on new downstate natural gas hookups—which the utility had justified on grounds that the state’s opposition to a new gas pipeline would pinch supplies.

The company will, among other things, pay $36 million in penalties, and submit “a long-term options analysis” exploring how it can meet demand. In return, the state Public Service Commission (PSC) has agreed not to force the company to sell off its assets and cease operations in Queens, Brooklyn and Long Island.

In threatening to pull the utility’s franchise—a power that only the PSC, National Grid’s regulator, ultimately exercises—Cuomo picked a fight in uncharted legal territory. But rather than waiting for PSC action and then taking the matter to court, National Grid effectively surrendered (and agreed to remain silent about last month’s closed-door discussions with the governor’s appointees).

The settlement allows National Grid to count on “additional [gas] capacity to constrained portions” of Long Island from upgrades at four compression stations (two in upstate and two in Connecticut) on the Iroquois pipeline, which it doesn’t own. That smacks of hypocrisy, considering that the PSC and Cuomo came down hard on National Grid for previously relying on a different company’s upgrades (the Northeast Transmission Enhancement) to provide more gas.

Looking beyond the settlement to the PSC’s statutory role to ensure utility reliability, New Yorkers remain in the dark about the underlying questions that precipitated this fight: future supplies of natural gas downstate. Even Cuomo publicly chided the PSC chairman for being caught flat-footed about the “obvious supply issue.” A statewide analysis of gas supply adequacy expected in July was never made public, and Cuomo has shown no indication that he’ll stop blocking gas pipelines.

One of the provisions of National Grid’s settlement with the Cuomo administration is cause for special concern.

Most of the penalty—$20 million—will go toward “clean energy projects and/or investments in New York-based startup energy businesses and technologies to reduce reliance on fossil fuels.”

But the destination isn’t as suspect as the manner in which the money will move.

“Given the potential need for consultation from several agencies,” the settlement reads, “the Division of the Budget [DOB] will be responsible for directing the use of these funds.” [emphasis added]

This means the projects will be handpicked by the governor, to which DOB directly reports.

This is not the first time the Cuomo administration has squeezed regulated companies for funds ultimately controlled by the governor. The administration extracted $2 billion from the proceeds of Centene’s acquisition of healthcare non-profit Fidelis Health Care last year, and forced Aetna and CVS to kick up $40 million as part of getting its merger approved. The merger between Cigna and Express Scripts was also conditioned on a contribution to what the Empire Center’s Bill Hammond described as the administration’s “tip jar”.

Those healthcare funds, which were collected and spent without the Legislature’s approval, were used to fund a Medicaid reimbursement rate increase that appears to be linked to about $1 million in campaign contributions to benefit the governor’s 2018 re-election bid.

National Grid’s decision to back down all but cements the PSC, and its broad powers, as an extension of the governor’s office, and normalizes Cuomo’s practice of wetting his beak in regulatory matters. The utility deprived New Yorkers of an overdue confrontation against executive overreach—putting it in the company of New York’s state lawmakers who have also taken a powder on the matter.