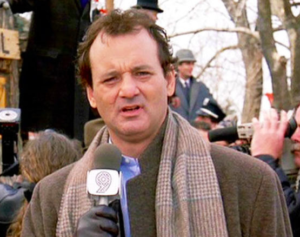 In a “Groundhog Day”-like replay of tactics from last year, health-care interests are again using an unlikely threat of spending cuts in Washington to demand special treatment in the upcoming state budget.

The question now is whether the governor and the Legislature will play along with the movie for a second time in a row – and whether it will have the same ugly ending.

The parallels are hard to miss. Last year, the Greater New York Hospital Association and the health-care union 1199 SEIU joined Cuomo in raising an alarm about Republican attempts to repeal and replace the Affordable Care Act and other potential threats to New York funding – none of which materialized as feared. In the end, the state’s total Medicaid funding went up, not down.

This year, GNYHA, 1199 and Cuomo are pointing to deep cuts to Medicaid in President Trump’s budget proposal – which have virtually no chance of passing in the Democrat-led House of Representatives.

Last year, those two groups supported Governor Cuomo’s proposal to create a “Health Care Shortfall Fund” as a hedge against the loss of federal health aid.

This year, they’re calling for the creation of a “contingency fund” for the same purpose.

The 2018 version ended with a bait-and-switch maneuver. Cuomo cited the threat of federal cuts to justify expropriating $2 billion in proceeds from the sale of Fidelis Care health plan. But rather than salting it away in a “shortfall fund,” lawmakers directed it to a “transformation fund” – which Cuomo could spend on virtually any health-related purpose.

He first dipped into that fund to finance Medicaid rate increases for hospitals and nursing homes – to the benefit of GNYHA and 1199 members, among others.

He recently proposed to rescind those increases to help close a budget gap, but later seemed to change his mind again – leaving their ultimate fate in limbo.

This budget cycle, the feared cuts to New York’s federal funding are, if anything, less likely to happen. One cut that could become real – the loss of $600 million from Medicaid’s Disproportionate Share Hospital program – is not a new threat. It was first enacted as part of the Affordable Care Act in 2010, and has been repeatedly postponed by Congress under both parties.

Dwarfing that potential loss is the $14 billion revenue increase that New York’s hospitals experienced between 2012 and 2016, including a $3.2 billion increase in Medicaid funding. Both numbers rose faster than the national average even as inpatient admissions declined.

Barring cutbacks by lawmakers – which now seem unlikely – total state Medicaid spending is projected to grow by another 4 percent, or $1.5 billion, in fiscal year 2020.

That number would grow even higher if, as GNYHA and 1199 are requesting, lawmakers scrounge additional cash for a “contingency” fund – which, once in the state treasury, could easily be diverted all over again.

So, will the Assembly and Senate dutifully bow to this powerful lobby’s demands, just as they did last year? Or, like Bill Murray’s weatherman in “Groundhog Day,” will they find a way to change the script?