New York lost another 191,367 residents to other states during the year ending last July 1, and its population declined for the first time in a decade, according to the U.S. Census Bureau’s annual population estimates.

The latest estimated annual “net domestic migration” loss—equivalent to nearly the entire population of Yonkers, New York’s fourth-largest city—is the Empire State’s largest since 2007. It brings New York’s total outflow over the last six years to 846,669 people—more than any other state’s, both in absolute terms and as a share of population as measured by the 2010 census.

The new data put New York further behind Florida, which moved ahead into third place in total state population rankings two years ago. While New York’s population dipped, Florida gained another 367,525 residents in 2015-16. Texas led all states with a gain of 432,957 residents in that period. Ranked by percentage growth, Utah, Nevada, Idaho and Florida topped the list.

The Census Bureau’s 2015 county-by-county migration data are broken down here.

Where are New Yorkers headed? Some answers in this September 2011 report. 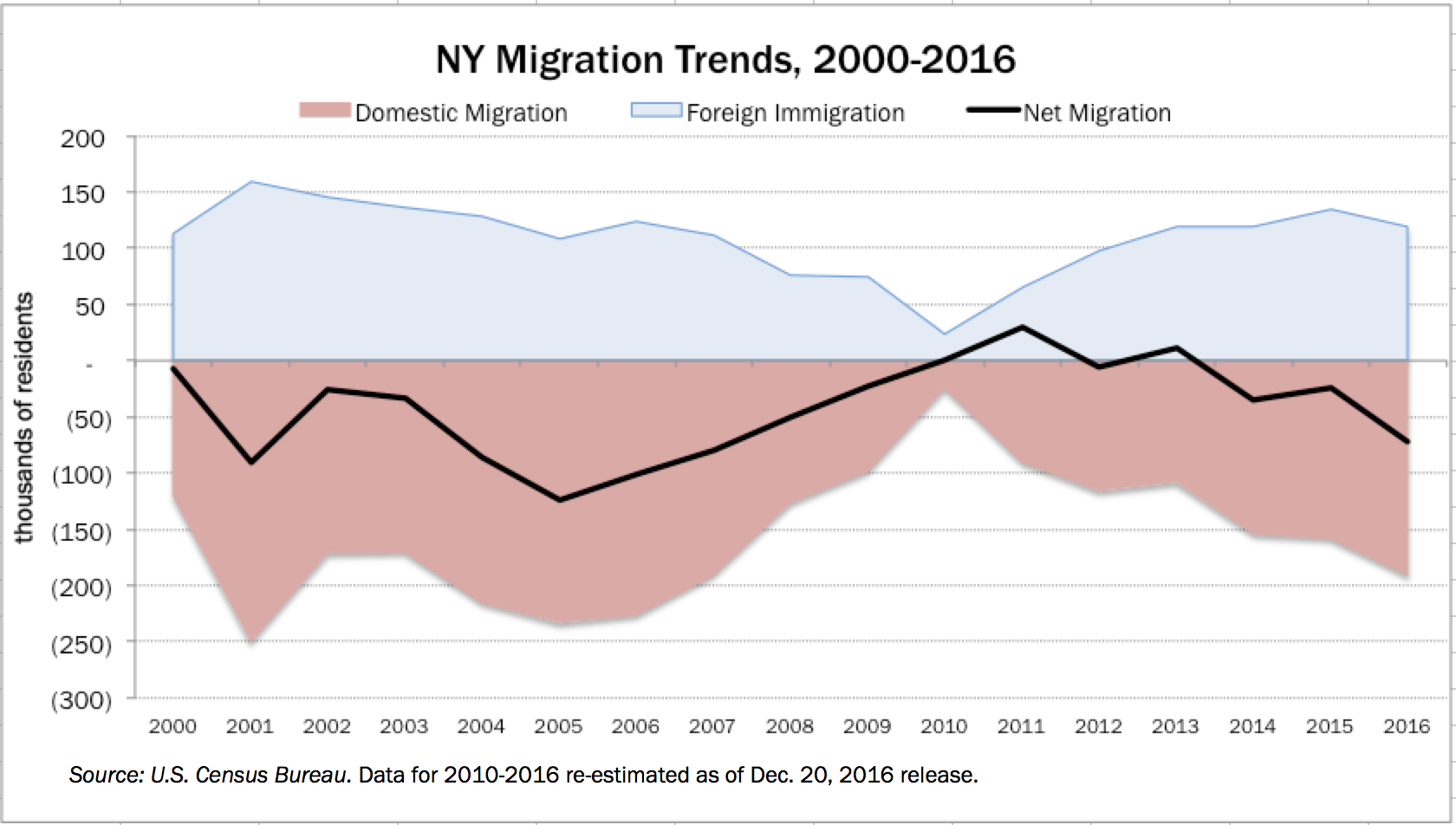 HEMMED OUT: Why Legislative Employees Can’t Unionize Under the Taylor Law