New York’s spending on public elementary and secondary education hit a new all-time high of $24,040 per pupil during the 2017-18 school year, topping all other states in the latest U.S. Census annual data.

The Empire State’s public schools spent 91 percent more than the national average of $12,612 per pupil—continuing to widen a spending gap that stood at 67 percent in 2007-08 and 44 percent in 1997-98, as illustrated by the chart below. 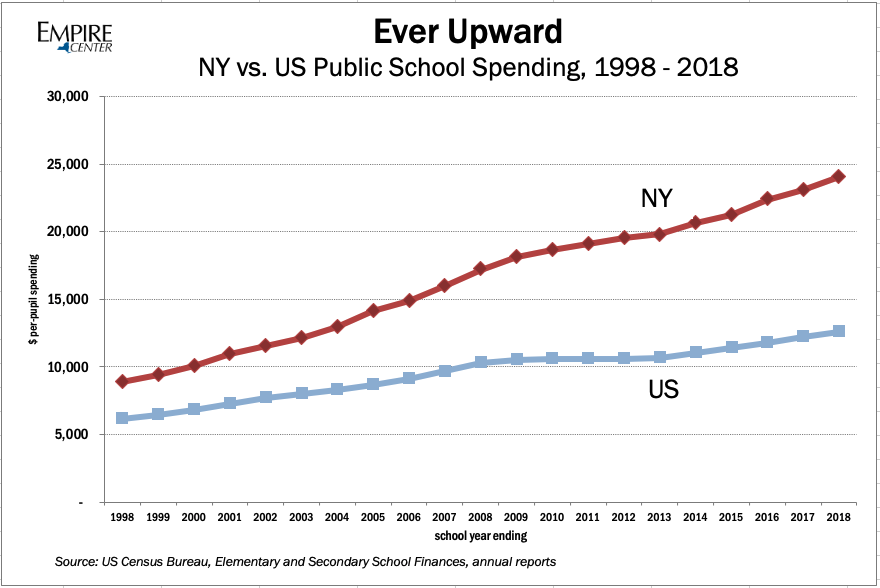 In pushing for emergency federal aid to bail out New York’s tax revenue losses during the pandemic shutdown, Governor Cuomo recently complained: “I don’t have any funding to do what I normally do.” As Congress considers his aid request, some key metrics from the Census Bureau’s 2017-18 school finance data highlight what the Empire State has become accustomed to “normally” doing in the area of education: 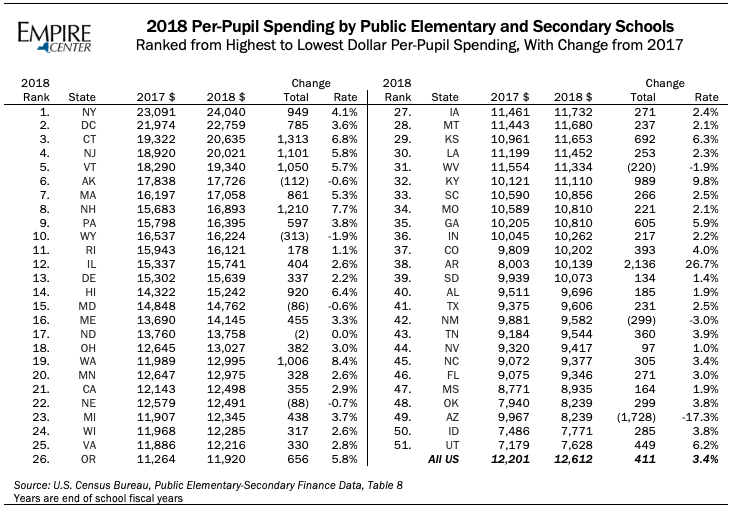