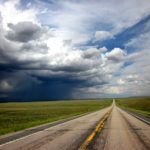 When New York’s current state budget was enacted back on April 1, Governor Andrew Cuomo hailed it as “the broadest and most sweeping” of his tenure, adding that “for the ninth straight year it was both timely and fiscally responsible.”

“Timely” was true enough, since the final budget bills were passed by the Legislature just in time for the dawn of a new fiscal year.

As for “fiscally responsible”—well, that’s a matter of opinion.

As Bill Hammond wrote here yesterday, the state’s FY 2020 budget turns out to have been balanced with some fiscal sleight-of-hand: $1.7 billion in state-funded Medicaid payments (equal to roughly 1.7 percent of total spending) were pushed from the last month of fiscal 2019 into the first month of 2020.

And this may not be the last time Cuomo kicks a Medicaid spending problem down the road. As indicated in the Cuomo administration’s latest financial disclosure document, in order to balance its FY 2020 financial plan, “the state will either squeeze an extra $1.7 billion in savings from Medicaid [this year]—by invoking the authority it chose not to use last year—or it will simply push payments further into the future,” Hammond noted.

Even putting aside that troubling Medicaid shuffle, there are reasons to be increasingly concerned about the state’s fiscal outlook over the next few years.

The nation’s current economic expansion is the longest in history. As Cuomo frequently boasts, the number of private-sector jobs in New York is at an all-time high, and the unemployment rate across the state is near an all-time low.

From any state’s fiscal standpoint, it doesn’t get much better than this.

But is New York prepared to deal with the inevitable downturn without big spending cuts or tax hikes?

The answer is…maybe, if the downturn isn’t too deep or prolonged.

On the positive side, Cuomo has bolstered New York’s rainy-day reserves to $2.5 billion, up from $2.1 billion. The total cash in unrestricted reserves jumps as high as $6.5 billion if you count the as-yet unallocated portion of more than $12 billion in civil penalties collected by the state from banks and other financial institutions since 2014. But much of the cash cushion has been allocated and is scheduled to be spent on (mainly) capital purposes over the next three years.

Measured as a percentage of general fund expenditures, the state’s rainy-day and unrestricted reserves are below the median reserve levels for all state budgets, according to the annual Fiscal Survey of States by the National Association of State Budget Officers. Past experience indicates New York’s $2.4 billion rainy-day fund alone could be depleted in a matter of months when the next recession materializes.

Cuomo has made much of his personal (statutorily non-binding) commitment to hold state operating funds spending growth to 2 percent a year. But to an increasing extent, he’s achieved this only by taking steps to “move spending off-budget, revise the timing of payments, restructure programs so that costs are reflected as reduced receipts rather than disbursements, or otherwise affect reported spending levels,” as described in state Comptroller Thomas DiNapoli’s report on the enacted budget.

Adjust for that finagling, and DiNapoli’s staff report pegs this year’s state spending increase at 5.7 percent, nearly triple the current inflation rate. That figure, and not 2 percent, is closer to reflecting the state’s true fiscal blood pressure.

DiNapoli’s report also points out that, at the peak of an economic boom, New York’s general fund remains “structurally” unbalanced; in other words, recurring expenditures still have not been brought into line with recurring revenues.

Under current law, state spending is projected to increase by an average of 4.1 percent a year from FYs 2021 through 2023, while revenues during the period are projected to increase 3 percent. While Cuomo remains committed to cramming spending growth down to 2 percent, by hook or crook, he couldn’t do it without gimmicks this year. Absent major structural reforms that permanently reduce spending growth, it won’t get any easier in the next few years.

Prior to any actions necessary to hit the 2 percent mark, the state is projecting budget shortfalls of $3.9 billion for fiscal 2021, growing to $4.7 billion for fiscal 2023. These numbers assume 5.2 percent average annual growth in the state’s biggest revenue source, the personal income tax (PIT). That’s a pretty optimistic projection, keeping in mind the revenue reductions caused by (a) the continuing phase-in of 2016 tax cuts and (b) the ongoing conversion of state-funded STAR property tax exemptions into refundable homeowner tax credits. It also doesn’t seem consistent with (c) the governor’s high-volume (and well-founded) warnings about the likely impact of the new federal tax provision capping state and local tax deductions.

Cuomo is also looking to borrow more. State-supported debt, which had declined for several years in the governor’s first and second terms, is now slated to increase by $14 billion, or 26 percent, through the current five-year capital plan period. DiNapoli estimated the debt total will rise from nearly $65 billion at the end of fiscal 2019 to nearly $78 billion by fiscal 2024. And this does not include $1.3 billion in capital borrowing approved by the Legislature at the end of its session in June.

The enacted FY 2020 budget did give Cuomo one important additional tool for dealing with a sudden economic downturn and revenue shortfalls.

Under a little-noticed provision in the final budget bills, if the state’s quarterly financial plan “estimates that the General Fund is reasonably anticipated to end the fiscal year with an imbalance of $500 million or more,” the governor’s budget director can prepare a plan to reduce local aid spending (excluding public assistance) by up to 1 percent of the total estimated state operating funds disbursements for the year. Under current law, that would equate to cuts totaling up to $1 billion. The Legislature would have 30 days to prepare its own alternative plan for budget reductions. If the Legislature failed to act within 30 days, the budget director’s cuts would go into effect.

New York has a history of mid-year budget shortfalls much larger than $500 million, ultimately requiring cuts much larger than those permitted by the new law. For example, one percent of state spending would have equated to barely half the looming $1.5 billion deficit disclosed by Governor David Paterson’s mid-year update in fall 2008, one-quarter of the $2 billion imbalance projected by Governor George Pataki in late 2002, and one-third of the $1 billion gap confronting Governor Mario Cuomo in late 1990.

A “reasonably anticipated” shortfall of $500 million creates—appropriately—a more sensitive trigger for action, giving the governor significant additional leverage to compel lawmakers to deal with any nascent fiscal emergency. (Governor Paterson, for one, certainly could have used it late 2008, when the Legislature turned down his calls for a special session to prevent a budget deficit; the new budget law would have empowered Paterson to begin making local aid cuts in summer 2008.)

The budget outlook is growing cloudier at a time when Cuomo’s previous brand of moderate fiscal restraint has fewer (professed) fans in a state Legislature now controlled by liberal Democrats.

To be sure, Republicans were hardly tightwads when they controlled the Senate; for example, they teamed with Assembly Democrats to override Governor Pataki’s vetoes of billions of spending and tax increases in 2003, and they had cut deals on tax and spending increases (and shrugged off blatant fiscal gimmickry) during the fiscal turmoil of Governor Mario Cuomo’s last term a decade earlier.

But the flip of the Senate to a 40-member near-super majority of Democrats means that, in any future fiscal crisis, there will now be considerably more support in both houses for big tax hikes targeted at New York’s highest earners, who are already subject to a supposedly millionaire tax rate initially adopted as a supposedly temporary response to the Great Recession a decade ago. Assembly Democrats have repeatedly passed a proposal jacking up the top rate on super-high incomes, and many members of the new Democratic Senate majority also would likely favor the same policy.

When push comes to shove in the next economic downturn, will Governor “I am the Left” Cuomo use his extensive budget power to spend less, or tax the rich more, or both?

As the Medicaid shuffle demonstrates, while the good times last, he’s opting for a third choice: cooking the books.