As of November, the Empire State added 114,600 private-sector jobs on a year-over-year basis—a 1.4 percent increase during a period when private employment nationally grew by 1.9 percent, or one-third faster rate—according to the monthly jobs report released today by the state Labor Department.

Upstate was a very different story. As shown below, all of the region’s major labor markets grew by less than 1 percent. Binghamton and Syracuse had growth rates of zero, while sickly Elmira shrank by another percentage point. The numbers in the November jobs report reflect a continuation of New York’s decidedly uneven recovery from the Great Recession. 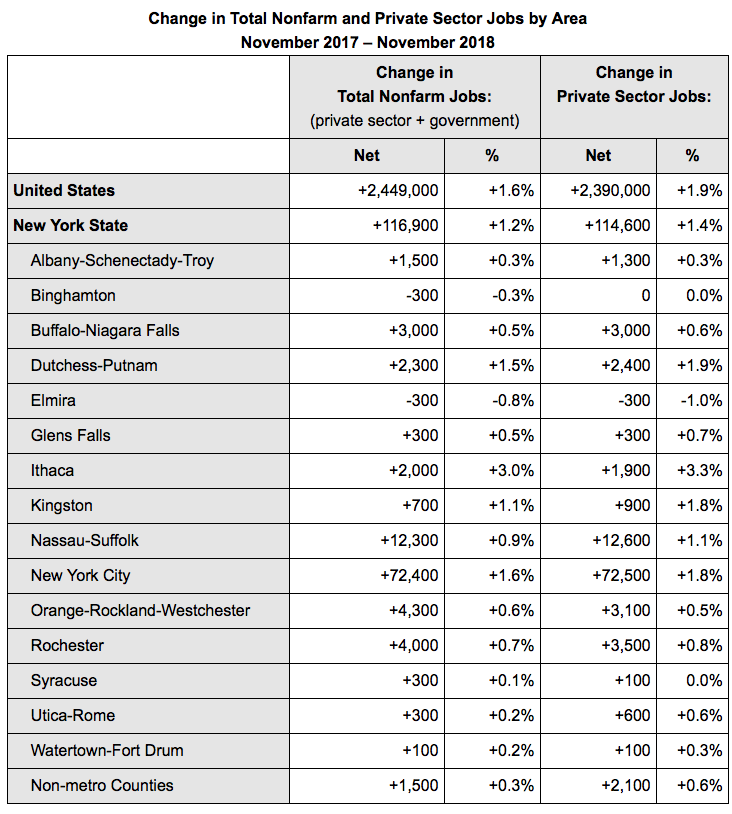 The state’s unemployment rate was estimated at 3.9 percent, slightly above the national level of 3.7 percent. In the long term, nearly all of the decline in unemployment from recessionary peak levels upstate has been due to labor force shrinkage rather than increases in the number of people reporting they have jobs, while the downstate trend has reflected increases in employment and the labor force.

A shown in the following chart from the jobs report, education and health services was (yet again) the leading source of new employment, while manufacturing declined (again). 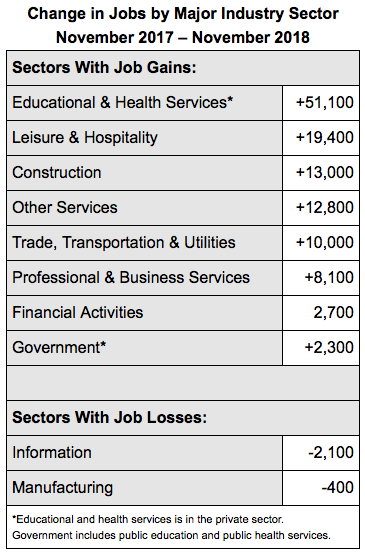