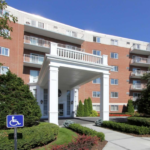 The shortcomings of New York State’s new, permanent and decidedly unimproved rent law are already obvious—starting with the end of luxury decontrol and the removal of any incomes means-testing for tenants in rent-regulated housing in New York City.

But the potential negative impacts of the law won’t be limited to the Big Apple. The law is likely to have a chilling effect on prospects for multifamily investment and development in struggling communities across New York—especially upstate.

The state’s Emergency Tenant Protection Act of 1974, which expired and thus potentially could be revised every few years, made rent control an option only for New York City and communities in neighboring Westchester and Nassau counties. The new law, formally entitled the “Housing Stability and Tenant Projection Act of 2019,” permanently extends that option to every city, town and village in the state—more than 2,000 municipal entities in all, some of them microscopic in population or geographic size.

Under the law, the governing body of any locality can declare a “public emergency requiring the regulation of residential rents for all or any class or classes of housing accommodations” if its housing vacancy rate is “not in excess of” 5 percent. In localities meeting the threshold, rent “stabilization” potentially could apply to all apartment buildings of six or more units “completed or … substantially rehabilitated as family units” prior to Jan. 1, 1974. Regulatory oversight will be controlled by a county Rent Guidelines Board, whose nine members will be appointed by the state commissioner of housing and community renewal based on recommendations by the local elected governing bodies that have opted into the regulatory scheme.

Backers of the law’s “universal rent control” provisions downplayed the potential impact outside New York City, stressing that it’s not mandatory but a local choice. But a local government doesn’t need to affirmatively embrace rent regulation to have an impact on its real estate market. Landlords, investors and developers everywhere are likely to be fazed by the newly created possibility that their properties will be subject to rent regulation. That possibility comes closer to a probability in upstate New York’s many college towns, as well as larger cities. In addition, the new “tenant protection” clauses of the law—such as capping deposits at one-month’s rent, and a possible grace period of up to one year for tenants served eviction notices—will apply statewide without local opt-in, further regulating the multi-family market across New York.

In the Senate, four of six Democrats from Long Island broke with the majority and lined up against expanded rent control—but “yes” votes were cast by all three Democrats with districts entirely located upstate, including Albany’s Neil Breslin. In the Assembly, the 95-46 margin of passage included “no” votes by eight Democrats—only three of whom represented upstate districts.  The remaining 20 upstate Democrats voting “yes” probably shared the mindset of Assemblywoman Patricia Fahy of Albany, who emphasized support for the “tenant protection” provisions and said “the rent control components are probably not going to apply within my district.”

That’s by no means a sure bet, in Fahy’s district or some others. In fact, given its recent political history, Albany is one of the upstate cities more likely to pursue rent regulation—and, as noted below, is already hovering near if not below the vacancy threshold that could trigger the requisite “emergency.” In late April, the chair of the Albany Common Council’s housing committee introduced a resolution expressing the Council’s formal support for rent stabilization.  In the weeks leading up to the new state law’s passage, at least two Hudson Valley cities, Hudson and Kingston, had passed resolutions calling on the Legislature to remove geographic restrictions from the previously temporary state law making rent control and option only in New York City and neighboring Nassau and Westchester counties.

Poised at the threshold

The law doesn’t specify how localities are supposed to determine whether their vacancy rates fall below the 5 percent threshold—an ambiguity that will likely trigger litigation from landlords sooner or later. In the absence of separate local surveys, the best data source available is the Census Bureau’s rolling five-year American Community Survey (ACS), which has been the basis for New York City’s vacancy determination.

As of 2017, the ACS has generated various housing-related statistical estimates for 2,130 cities, towns and villages in New York for the 2012-17 survey cycle. In 902 localities, ACS sample size limitations produced a rental vacancy estimates of zero, indicating a sample size too small to produce a reportable estimate.

In another 394 localities, the rental housing vacancy rate ranged from 0.1 percent to 5 percent. Within this group, there were 88 cities, towns and villages with rental vacancy rates of 5 percent or less, once the statistical margin of error was added. These included New York City (3.5 percent) and a number of Westchester County and Nassau County municipalities that already had opted into the existing rent control law. Upstate localities with combined vacancy rates and statistical error margins adding up to less than 5 percent  included the cities of Plattsburgh and Rome.

But cities aren’t the only types of upstate communities in which rent regulation could soon be in play.

Consider, for example, the Albany suburb of Colonie. Census Bureau ACS data peg the town’s rental vacancy rate at no more than 2.6 percent, including the margin of error. Colonie is mainly populated by homeowners, but it also has a number of large, well-maintained apartment complexes appealing to middle-class renters—places such as the six-story, three-building Towers of Colonie complex, built in 1970. Given political trends elsewhere in Albany County, Colonie’s current moderate 4-3 Democrat town board majority might someday veer further left and embrace a rent regulation agenda. As a matter of simple due diligence, the owners of complexes such as the Towers of Colonie need to factor this into their future capital investment plans.

By the same token, the supply of apartments and resulting rent levels in suburban towns could be significantly affected if their neighboring cities opt into rent regulation, prompting a syndrome of lower capital investment that ultimately causes tenants to look for alternatives.

Off to the rent-control races

Now that the bill is law, local elected officials are likely to feel fresh pressure to opt in from progressive activists who play an outsized role in Democratic Party primaries, and for whom rent control is a cherished ideological tenet.

To be sure, the activists draw energy from real problems. To varying degrees, neglectful absentee landlords are an issue in poor neighborhoods everywhere, especially in cities that do a poor job of enforcing their building codes. There is arguably a shortage of decent and affordable housing for low-income people in many parts of the state, and for middle-income residents in New York City. But code enforcement issues aside, the problem of constricted supply stems mainly from a combination of zoning restrictions and high taxes.

As if zoning restrictions and high taxes were not enough, demand for apartments also is suppressed by a lack of economic growth, which means landlords can’t charge much to start with. As Howard Husock recently wrote in the New York Post:

In Utica … the past five years have seen the construction of a grand total of six new housing units. It’s obvious why. The median rent of $687 isn’t likely to attract many developers. Rents are similarly low elsewhere upstate: The medians stand at $807 in Rochester, $769 in Syracuse. In Buffalo, 81 percent of renters pay less than $1,000 a month.

But taxes and a lack of growth seldom enter into local debates about rent regulation and affordable housing in upstate urban areas.  Instead, there’s a clamor for more government housing subsidies (of tenants and developers) and more regulation (of landlords).

In addition to all of its regulatory provisions, the new law creates a 10-member Temporary Commission on Housing Security and Tenant protection charged with “studying the impacts of [the new law] on tenants, landlords, and the court system, and recommending the implementation of legislation, regulations and rules to further improve tenant protections in New York.”

The commission will be controlled by appointees of the governor and the legislative majority leaders, and is due to report findings and recommendations by the end of 2022.

In other words, this is just the start. If anything, more regulation could be coming in the next few years.

Rent regulation: what does the rent pay for?