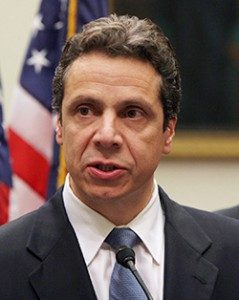 Governor Cuomo’s warnings about how repealing the Affordable Care Act would affect New York should be read with caution.

On Wednesday – as the U.S. Senate took its first step toward unwinding Obamacare – Cuomo’s office said ACA repeal would cause 2.7 million New Yorkers to lose coverage and cost the state budget $3.7 billion.

But those two numbers are based on conflicting assumptions about how the repeal process will play out – a nuance that his press release did not make clear, but which Health Department officials explained later.

The officials raised the possibility that repeal could have dramatic and unintended consequences for the state’s Medicaid program. Unlike most other states, New York expanded its version of Medicaid going back years before the ACA. It did so under a series of waivers granted by the federal Department of Health and Human Services, which were superseded when the new law took effect in 2014.

That would end coverage for 1.9 million New Yorkers, officials said.

Another 220,000 people would lose access to private coverage they have purchased through New York’s ACA exchange, and 586,000 would lose coverage under the Essential Plan, a low-cost, government-funded health plan that was an optional benefit under Obamacare.

Other analyses of ACA repeal have assumed that Medicaid eligibility would revert to what it was in 2013.

Previous estimates by the Urban Institute and Charles Gaba of ACASignups.net have projected that 1.1 million New Yorkers would lose coverage under that scenario. [UPDATE: Charles Gaba has revised his estimate to 2.5 million.]

For its budget impact analysis, by contrast, the Cuomo administration assumed that New York would continue covering all or most of the people currently enrolled in Medicaid and the Essential Plan – without the benefit of extra federal aid that the ACA provided. In that case, the state would have to put up $3.7 billion or more of its own funds, officials said.

That number is roughly consistent with my own estimate and with that of state Comptroller Tom DiNapoli.