The effective tax burden imposed by the PIT, the state budget’s largest single revenue source, has been significantly increased by the new federal tax law, not least by the cap on deductions for state and local taxes, or (SALT). Just last week we heard Governor Cuomo blame the tax law and the SALT cap for an unexpected decline of $2.3 billion in personal income tax receipts.

Several points to keep in mind:

The share of New York income taxes generated by the highest-earning 1 percent has jumped significantly over the past 20 years. In recent years, it’s averaged roughly 40 percent of total personal income tax liability, up from 25 percent in 1994, Mario Cuomo’s last year as governor, as shown in Figure 1. Among state residents alone, the top 1 percent accounts for 46 percent of tax liability, according to the governor.

The New York State personal income tax turns 100 this year. Through the PIT’s first 99 years of existence, the net marginal cost of the tax was offset to a significant degree by full deductibility on federal tax returns. Now, however, the SALT cap has laid bare an enormous competitive tax gap between New York and many other states.

Figure 2 illustrates the effective combined top rate of income tax for New York City residents during the 50 years following the city income tax in 1967. As shown, the effective state and city rate, net of federal deductibility, was already near an all-time high before the new federal law was enacted. Under the new federal law, the net-of-deductibility state and city tax rate for high earners is nearly 13 percent—second highest in the country.

Residents in the highest New York personal income tax brackets now have a much stronger financial incentive to consider relocating to states and cities with lower taxes—by no means limited to Florida. For example, neighboring Massachusetts offers much lower property taxes and a higher-rated overall business tax climate than New York’s, including a flat income tax rate that just decreased to 5.05 percent (and is scheduled to drop next year to 5 percent).

It wouldn’t take an exodus of high earners to put a dent in New York’s revenues. Even a small degree of out-migration within the top 0.1 percent “tippy top” of the income pyramid would have a noticeable impact.

Consider: in 2016, there were 2,149 resident New York households with adjusted gross incomes of more than $10 million, who owed $5.3 billion in state income tax. Those taxpayers had average gross income of $31 million and average New York PIT liability of $2.5 million. Let’s assume the average is boosted by a few super-high earning households, and that median income for this group is actually $15 million. If we lost just 10 percent of those median earners in the highest reported category—just 215 tax filers, or enough people to fill an average movie theater—the state would lose $265 million in tax revenue. That’s more than the entire state- funded budget of the Department of Environmental Conservation.

There is indirect evidence that a portion of the high end already has been shrinking in relative terms, like a melting glacier. The resident share of millionaire earners in New York’s PIT base has been getting smaller since 2000, including decreases every year since 2008, as shown in Figure 3. The steepest drop in the resident payer category has been among those with incomes of $10 million or more, where the resident share was just 39 percent as of 2016. Nonresidents don’t pay New York taxes on their capital gains and dividends, or wages and salaries earned outside New York, and so their effective New York income tax rates are much lower.

Governor Cuomo has begun calling urgent attention to the state’s heavy reliance on the top 1 percent and to the risk that more high earners will move in response to the SALT cap. Unfortunately, his budget heads in a contradictory direction by extending the millionaire tax.

In another move that would run counter to Governor Cuomo’s warning against raising taxes on high earners, the governor has revived his 2018 proposal to impose an enormous state tax penalty on a particular type of income, known as “carried interest,” commonly collected by managers of private equity and hedge funds.  Part Y of the revenue bill would recharacterize carried interest as taxable New York source income from a trade or business, and further subject that income to a 17 percent “fee.” Implicitly acknowledging the likely taxpayer response to a 200 percent tax increase, the bill would not take effect unless similar legislation is adopted by the neighboring states of Connecticut, Pennsylvania, Massachusetts and New Jersey.

The governor’s bill memo does not include a revenue estimate for the carried interest proposal, and the Executive Budget financial plan apparently does not anticipate its adoption. But you don’t have to support the federal tax treatment of carried interest to spot the problem with even considering such a punitive proposal on a state level.

This proposal is essentially designed to stigmatize some of the most highly paid taxpayers in New York, a relatively small group of people who collectively pay hundreds of millions of dollars a year into the state treasury. No highly portable industry can be expected to sit still for a targeted 200 percent tax increase.

In light of the structural issues I’ve cited here, the Legislature should:

In addition, the Legislature should consider:

One final recommendation tied to the state budget deals with an issue of overriding important to local taxpayers. Part G of the governor’s Public Protection and General Government Article 7 revenue bill includes a provision making permanent the state cap on local property tax levies, which has been a temporary provision of the rent regulation law since 2011.

The case for a permanent cap—with no added exclusions or loopholes— is clear and overwhelming. The tax cap has been working, property owners billions of dollars year. The new federal tax law makes this restraint more important and valuable than ever.

The bottom line: do not delay. Make the tax cap permanent as soon as possible. 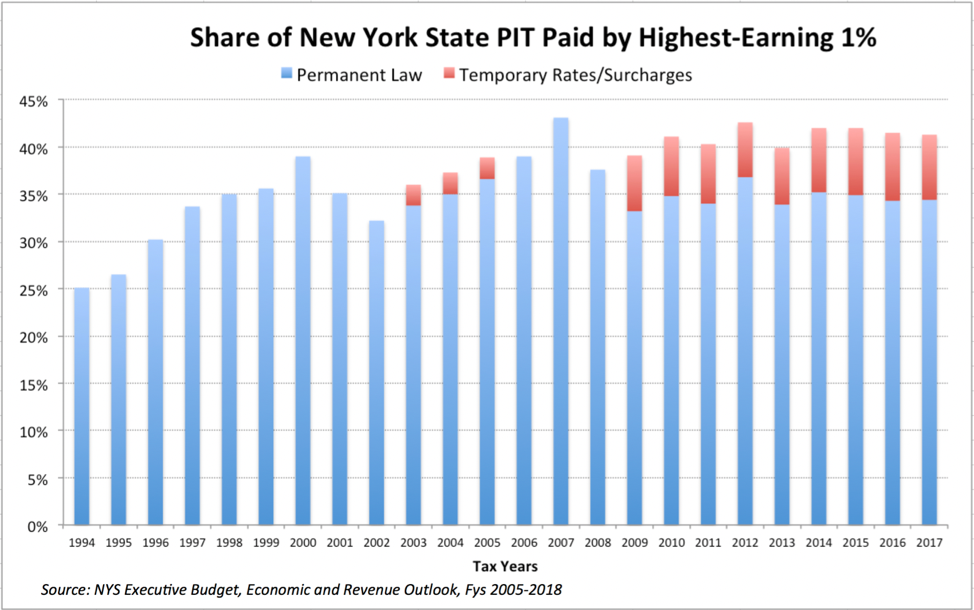 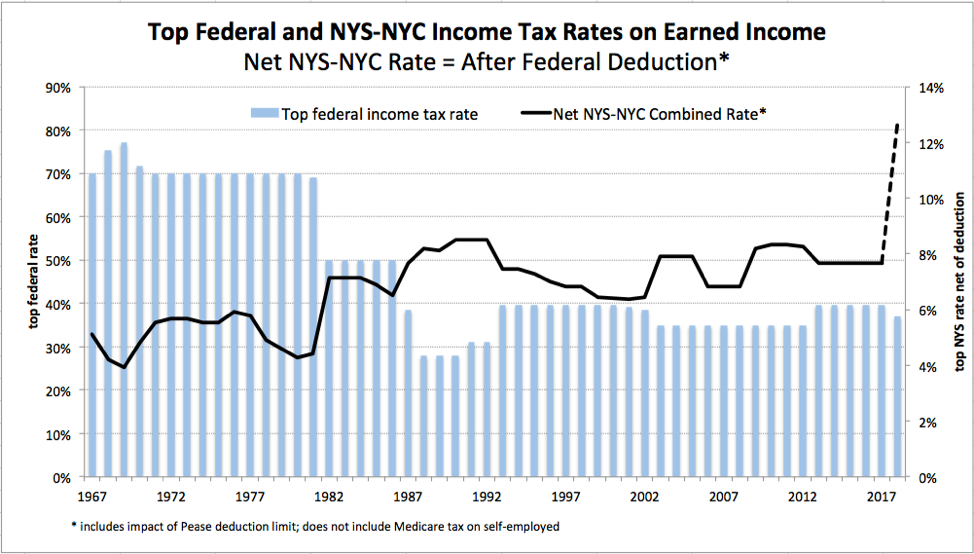 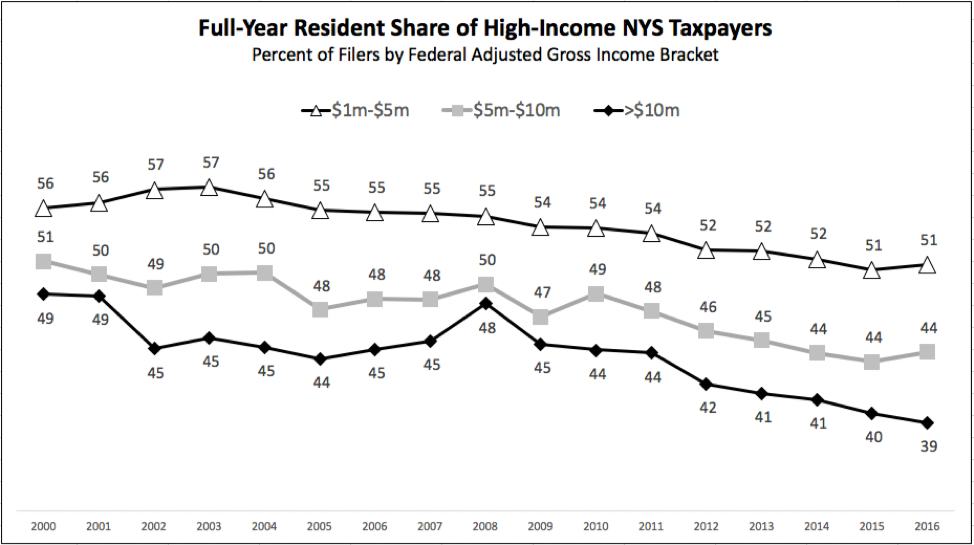