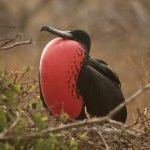 The June 2018 decision in Janus v. AFSCME ended New York’s 41-year practice of forcing public employees to pay dues-like “agency fees” to unions. That gave dues-paying members a monetary incentive to quit their unions, and new employees an equally large incentive not to join in the first place.

Before New York began requiring government employees to pay unions in 1977, unionized workplaces had contingents of people who chose not to belong. These contingents ranged in size from 5 percent among New York City teachers to 27 percent of the non-uniformed state workforce.

Once the law was changed to require workers to pay dues or the equivalent one way or another, membership rates for most unions climbed to more than 90 percent, and in some cases even reached 100 percent. With agency fees gone, it stands to reason membership rates will sink back down to the pre-agency fee, purely voluntary levels. Membership can be expected to decrease faster once employees realize co-workers have themselves stopped paying.

The Professional Staff Congress (PSC) has been one of the New York unions most affected by the Janus ruling. The PSC represents faculty, graduate students, and other employees at the City University of New York (CUNY) and New York City community colleges.

PSC president Barbara Bowen, in a Monday newsletter, touted “the collective power and action of the union’s 30,000 members.”

The PSC in its most recent federal filings said it represented 28,380 people as of August. And even that number was inflated. The PSC included 2,874 retirees, who pay a token amount of annual dues, and 2,464 agency-fee payers—people who almost universally stopped paying after Janus gave them the choice.

Adjusting for those differences, by the PSC’s own accounting, just 23,037 full- and part-time employees were paying PSC dues. That’s 23 percent less than Bowen claims.

The numbers in federal filings are consistent with payroll data obtained from New York State and the City of New York–which together show about 6,000 people stopped paying the PSC post-Janus. PSC dues are 1.05 percent of an employee’s pay.

In fact, CUNY has been a national epicenter for people exercising their Janus rights. One in four CUNY employees represented by the PSC had stopped paying by October. Among part-time employees, the figure was closer to one-third of PSC-represented employees.

The Public Employees Federation (PEF), which mostly represents white-collar state government employees, promoted itself in a May newsletter as “54,746 Strong!”. But between Governor Andrew Cuomo’s efforts to reduce the state headcount, and now Janus, PEF hasn’t had more than 54,000 members since 2011.

In filings earlier this month, PEF reported having 52,359 members (in state government and other employers) as of late March. The figures indicate about 1,200 people stopped paying PEF after Janus gave them the option. PEF dues are 0.9 percent of pay, and last year averaged $693 per person.