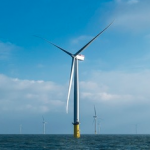 The Cuomo administration appears to have violated state law by forcing offshore wind developers to cut deals with construction unions, inflating costs and boxing out non-union subcontractors on billions in construction work.

Bidders seeking state subsidies likely worth billions of dollars to build and operate wind turbines off New York City and Long Island were required to sign project labor agreements (PLAs). These are pacts with trade unions that dictate hours, pay and other rules on construction projects—including requirements that contractors and subcontractors hire most, if not all, trade workers through union hiring halls.

Requiring bidders to sign PLAs is an effective and costly way for politicians to pay back trade unions that back their elections with volunteers and campaign contributions. An enforceable requirement for the offshore wind installations also would effectively disqualify hundreds of non-union New York firms, both downstate and at two upstate ports, from bidding on billions of dollars in contracts.

Mandatory PLAs are lawful as long as the public entity seeking bids “determines” that its interests, as defined by Labor Law section 222(2)(a), are “best met” by requiring such a deal.

But the agency behind the wind bids, the state Energy Research & Development Authority (NYSERDA), failed to perform legally required studies demonstrating that a PLA would reduce construction costs for either of the two awardees, according to a Freedom of Information Law request. That’s telling, since agencies can almost always cook up a dollar amount of savings from trade unions promising not to strike. But the U.S. offshore wind industry is still in its infancy, meaning there may not have been enough data to make even a weak case for a PLA.

The state’s bid solicitation strongly encouraged PLA use without saying it was mandatory—as a draft RFP appendix document had. Instead, it was written to give the impression a PLA was required without saying as much. Bidders had to submit “a plan outlining its intentions with respect to the negotiation of a PLA to cover all construction activities,” and the RFP laid out eight bullet points about what the PLA “should” cover.

Governor Andrew Cuomo, however, made it clear PLAs weren’t optional. His November 8 statement announcing the RFP touted “notable provisions” that included “[r]equiring Project Labor Agreements and prevailing wage for workers associated with the construction of any awarded facility.” The press release also included a quote from trade union boss Gary LaBarbera, who applauded “the inclusion of prevailing wage and Project Labor Agreement requirements in this RFP.”

Two months later—and a month before the bid deadline—a statement from Cuomo’s Labor Department noted “the State’s offshore wind projects will be supported by a requirement for a Project Labor Agreement.” And Equinor Wind US, one of the two winning bidders, included in its bid packet (page 1,496) a letter from the Building and Construction Trades Council of Nassau and Suffolk Counties, which said the Council was “looking forward” to partnering with Equinor “under the terms of a Project Labor Agreement as required by the bid specification for the Empire Wind Project.” [emphasis added]

It wasn’t a surprise when Cuomo announced the winners on July 18 and said “the projects will have a union project labor agreement before they commence.” But it presents a serious problem.

Precedent dictates that when an agency is found to have improperly required a PLA on a job, that job needs to be rebid.

In a 2012 case, the state Department of Transportation required a PLA on bids for reconstruction of the Exit 122 interchange in Orange County after companies had begun preparing bids. When DOT tried to bypass the low bidder for one who’d agreed to use a PLA (costing taxpayers an extra $4.5 million), the low bidder sued and a state Supreme Court judge cited the lack of justification and ordered DOT to rebid the project.

Offshore wind was already the most expensive form of renewable energy under consideration before the Cuomo administration rigged the process to benefit the building trades. The PLA mandate likely added considerably to the cost of the project by needlessly saddling the winners with inefficient union work rules while also forcing them to pay into what, in many cases, are sinking union pension funds. That added cost will be passed on to every electricity customer statewide, since more than half the subsidies are coming from ratepayers north of New York City.

NYSERDA should immediately demonstrate the financial basis on which PLAs were required. If it can’t, the agreements should be voided by the state Comptroller and NYSERDA should issue a new solicitation without PLA requirements.

And renewable energy advocates would do well to ask whether the Cuomo administration is serious about its carbon-free targets when it keeps insisting certain unions get a piece of the action.