New York State residents pay some of the highest local taxes in the nation. To help New Yorkers compare some of the basic fiscal measures for local governments, the Empire Center for Public Policy has calculated effective property tax rates and per-capita values for the spending, debt and tax levels of counties, cities, towns, villages and school districts[1] throughout the state, excluding only New York City.

Our statewide findings, displayed in Table 1 on page 4, provide the highest benchmarks for the major categories of spending, taxes and debt, excluding schools. We further break down the findings by region and by small, medium and large jurisdictions. Here are just a few examples of what the data show:

To further empower taxpayers to dig beneath the summary numbers, we continue to update our searchable online tool, which includes categorical breakdowns of spending for all 2,279 counties, towns, cities, villages and school districts. Benchmarking NY at SeeThroughNY.net lets users rank and compare spending, tax and debt measures for local governments. With the 2018 fiscal year data, there are now twelve years of data to explore in Benchmarking NY.

Considered on a statewide basis, the data reflect vast differences in the cost of living and in property values between upstate and downstate regions.[2] Downstate communities have below-average effective property tax rates (but generally above-average per-capita taxes), while effective property tax rates tend to be highest upstate. Even allowing for such differences, grouping local governments by region and size reveals some significant differences among peers.

For example, the city of Jamestown spends over twice as much as the similarly-sized city of Elmira. The Westchester County town of Bedford spends 205 percent more per capita than the neighboring town of Somers. And in Central New York, the city of Oswego’s per-capita debt is more than double the amount reported by the city of Cortland, in the same region.

Governor Cuomo has focused on shared services and consolidation as a response to high local spending and taxes. To be sure, there are opportunities in this area, as the Empire Center has highlighted in two reports.[3] The good news is that there already are many cases of service-sharing arrangements involving different government entities throughout the state. These arrangements can be expanded or serve as examples for more jurisdictions.

However, consolidations or service-sharing arrangements are not a panacea.[4] It’s time to start seriously scrutinizing our local governments’ bottom lines. It’s time to demand appropriate actions to reduce costs, improve efficiency and make our communities more affordable and competitive. Benchmarking fiscal outcomes is a necessary first step towards achieving these goals.

On a per-capita basis, as shown below, towns have the lowest tax, debt and spending levels among local governments. Villages have the most debt, while counties collect the most in total taxes per capita—which reflects their control of sales taxes. 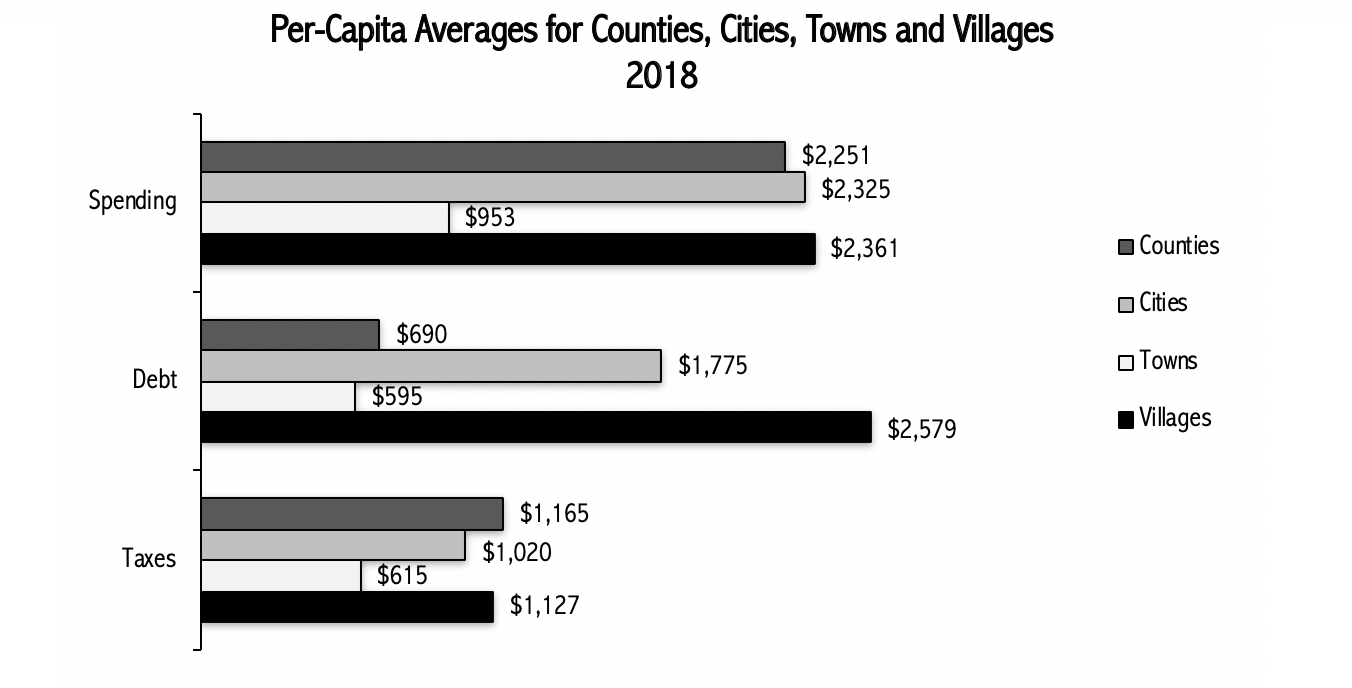 Local governments and school districts report their expenditure, tax and debt data in annual reports compiled by the Office of the State Comptroller (OSC), which in turn posts the data online.

To allow for more meaningful comparisons, the Empire Center recalculates the OSC data on taxes, debt and spending as per-capita values—i.e., relative to population. Property tax burdens are recalculated as effective rates, based on OSC estimates of assessed property values converted to full value based on equalization rates. Local governments also are organized into population size bands—small, medium and large—based on population. Finally, they are grouped by economic development region.

[1] Because population breakdowns are not available for school districts and special districts, they are excluded.

[4] See, for example, Cox, Wendell Government Efficiency: The Case for Local Control. Albany, New York: The Association of Towns of the State of New York (2008). 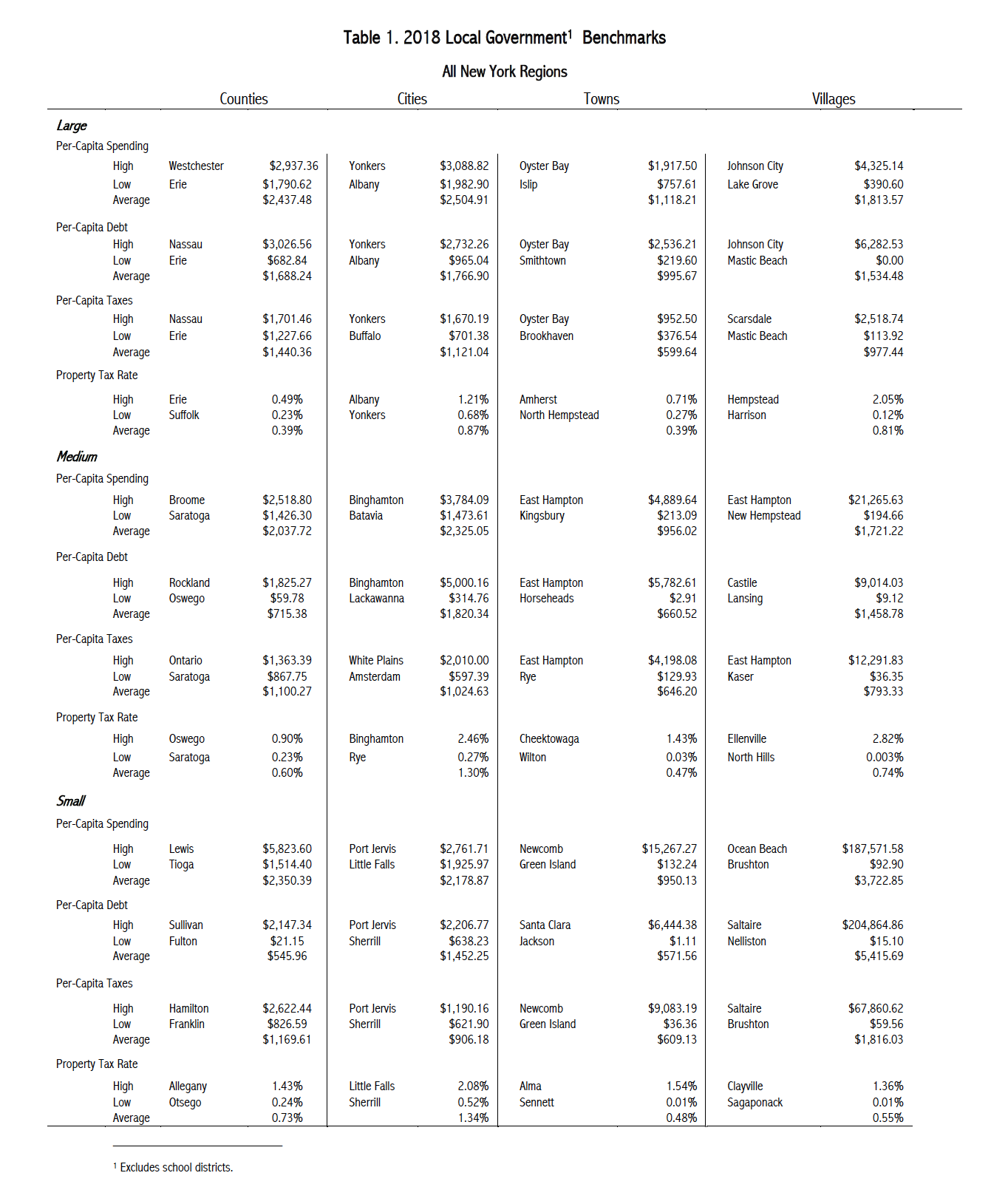