Governor Andrew Cuomo has been stumping the state to announce the formation of new regional economic development councils to implement the state’s latest grand, government-driven strategy for creating jobs and economic growth.  Business groups around the state are treating it like a big deal, and the news media is giving it prominent coverage because … well, the governor has come to town and not much else is going on. 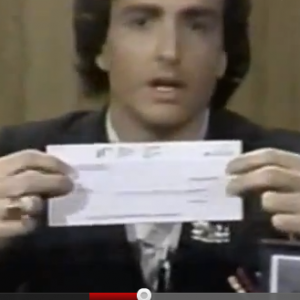 As explained in this program summary, it’s all part of the governor’s initial “five-year strategic plan” for developing “a comprehensive vision for economic development.” The money quote from Cuomo: “For the first time ever, regions will compete for up to one billion dollars in economic development aid to help support the plans for their own economic future.”

Which brings to mind this famous “Saturday Night Live” routine.  Because, when you think about it — and even if you believe the state has any idea of how to spend money more effectively than businesses themselves do — $1 billion just doesn’t amount to much in the context of New York’s economy.

A billion bucks is less than one-tenth of one percent of economic output in the Empire State.  Or, if you assume downstate will lose out in the competition, just 0.5 percent of output in upstate New York alone.

Even assuming Albany has developed super-Keynesian powers of fiscal multiplication, a billion in economic development spending still wouldn’t amount to much.

The ultimate determinant of economic growth in New York will be (a) the national economy, now sputtering, and (b) state and local policies that affect the relative cost of doing business in New York.  Cuomo’s first state budget, holding the line on taxes while at least temporarily flattening the curve of state spending, was much more important to the state’s economic future than anything he proposes to do under the banner of “economic development.”

If the state could somehow bundle that $1 billion to spend, it could be better spent to back-fill the state’s woefully underfunded mass transit and highway transportation capital plans. That would make a difference — relieving pressure on the budget, for one thing. And if there’s some question of where to find the money, the governor and the Legislature might divert some of it from New York’s biggest new tax shelter for the wealthy.