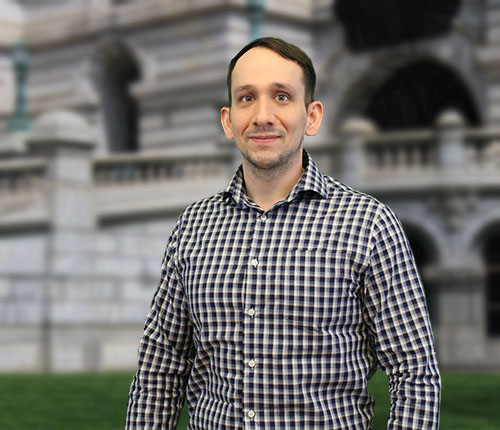 Bob DiCostanzo is the vice president of development for Empire Configuration, LLC. In this capacity, he serves as a donor relations advisor to the Empire Center. His responsibilities include cultivating relationships with people who are passionate about making New York a better place to live.

Bob joined the Center in November 2018. He previously worked at Commonwealth Foundation as a policy analyst, focusing on a variety of issues, including fiscal policy and criminal justice reform. As a native Philadelphian, Bob is an avid Eagles fan. His other interests include Christian apologetics and libertarian philosophy.