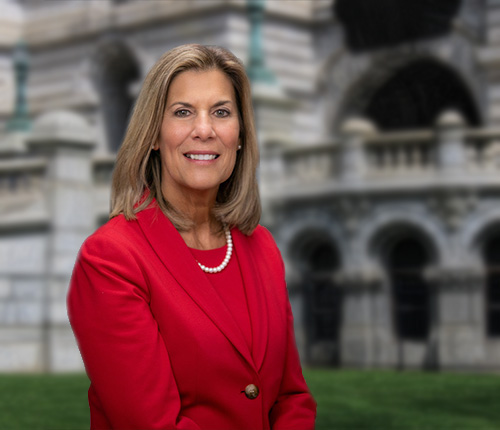 Daphne Jordan is the Director of Development at the Empire Center, where she spearheads outreach and develops relationships with New Yorkers passionate about making their state a better place to live and work.

During her time in the New York State Legislature, Senator Jordan fought for increased government accountability, transparency and fiscal responsibility, reforms that perfectly align with the Empire Center’s mission. Before serving in the State Senate, Jordan started two successful small businesses. She also served as a councilwoman in Halfmoon, New York.