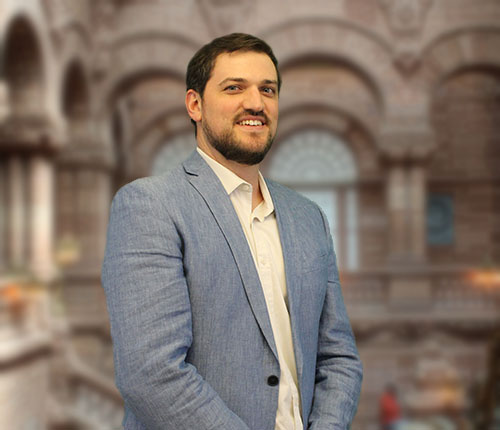 Mark Walsh is the Empire Center’s director of operations, managing all daily activities for the office.

He was previously a development associate for the Center as well as a data analyst for SeeThroughNY. In his position for SeeThroughNY, Mark collected and analyzed the latest payroll, pension and other government data in order to make it accessible to the public.

Mark is a 2013 graduate of Siena College. He joined the Empire Center in February 2016.