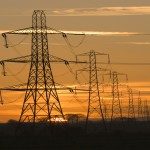 “Southern Tier Soaring” is the slogan Governor Andrew Cuomo has assigned to his job-creation program for the most economically troubled region of upstate New York.

In a classic Friday afternoon news dump, Cuomo’s state Department of Environmental Conservation (DEC) just denied a water quality permit required for construction of the Constitution Pipeline project, which would have supplied the Southern Tier with a sorely needed energy source. In contrast to Cuomo’s high-profile upstate economic development projects, the $700 million pipeline would have, just for starters, directly or indirectly created 2,300 jobs without any tax break or other special state subsidy. It wasn’t just a business priority—it was also strongly backed by labor unions.

The DEC’s rejection halts plans for a Constitution natural gas pipeline that would stretch 124 miles from Pennsylvania and into Broome, Chenango and Delaware counties in the Southern Tier, ending in Schoharie County, 80 miles southwest of Albany.

The agency said the project would have infringed on 250 streams. The DEC contended the project’s owners, led by gas company Williams Partners L.P, didn’t provide a comprehensive analysis of the environmental impact of the pipeline’s burial.

Also, the state charged that landowners, perhaps with the company’s knowledge, had already starting cutting down trees for the project even though the Federal Energy Regulatory Commission said the trees should not be taken down without the state’s water permit.

“State officials conducted a rigorous review of Constitution’s application, all supporting materials, and more than 15,000 public comments on the project before reaching this decision,” the DEC said.

The lack of natural gas supply capacity has been repeatedly cited as an obstacle to economic growth in the Southern Tier—which has lost a net 12,800 jobs in the past 15 years, with big, ongoing losses in the Binghamton and Elmira metro areas outweighing gains in Ithaca.  After a pathetic employment increase of less than 2 percent during Cuomo’s first four years in office, the region as a whole lost jobs last year.  The Southern Tier’s outlook already had been dimmed by the Cuomo administration’s December 2014 decision to block shale gas production using hydraulic fracturing in the Marcellus Shale region.  Today’s decision adds to that economic injury.

Blocking the pipeline is also inconsistent with the Cuomo administration’s own past positions. Amphenol Aerospace, one of the largest remaining manufacturing employers in the Southern Tier, was exploring options for moving to other states after Hurricane Irene severely damaged its plant in Sidney, Delaware County, in September 2011.  Two months later, Cuomo announced that the company had agreed to stay in the area, saving 1,000 jobs, based on the promise of a $20 million state financed retention package and the presumption that Constitution would go forward.

A January 2015 letter to DEC from Amphenol’s general manager, John Wall, urging approval of the Constitution Pipeline water permit, aptly summed up the situation for most manufacturers in the region. Walls wrote:

A major part of our decision to stay in Sidney was the promise from state officials that they would assist us in bringing natural gas to our plant. Natural gas is particularly important for us as all our major competitors’ manufacturing facilities are serviced by natural gas. We suffer a 30-40% energy price disadvantage by not having access to natural gas. With the State’s moratorium on (fracked shale) natural gas production, the only way we can receive natural gas is from the Constitution Pipeline and local distribution from the Leatherstocking Company … It is also important to note that a state agency, Empire State Development, has provided a $750,000 grant … to assist in degrading the costs of bringing the Leatherstocking gas line to our new facility.

Amphenol now has a fresh reason to dust off its relocation plans.

The message: Cuomo is fully on board with those environmentalists who seek to block any project involving any use or expanded access to fossil fuels of any kind, at any time, in any place in New York State. Since the governor also is seeking to shut down any nuclear plant not located on Lake Ontario, the state’s energy future depends on a combination of hydropower, windmills and solar panels.