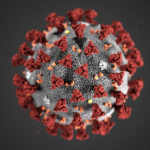 Not a moment too soon, Governor Cuomo has gotten around to acknowledging that a near-panic in financial markets amid rising fears of a global economic slowdown should prompt a re-set in the state’s revenue forecast for the fiscal year that begins April 1, less than three weeks from now.

This is the latest installment in a special series of #NYCoronaVirus Chronicles by Empire Center analysts, focused on New York’s state and local policy response to the Coronavirus pandemic.

As noted in this space several times over the past two weeks, Cuomo has been bending over backwards to avoid commenting on the obvious fiscal implications of the coronavirus pandemic scare. During what’s become his daily news conference on the status of efforts to combat the spread of coronavirus in New York, today Cuomo said:

“I’ve asked the Comptroller of New York, Tom DiNapoli to give me an opinion as to what consequences he might think this economic shutdown and the entire coronavirus situation will have on the State budget. As you know we’re ready to do the State budget. The State budget anticipates this year’s revenues and projects next year’s revenues. You know what’s going on in the stock market. You also have what’s going on the economy overall. Right? Conventions are being stopped, tourism is down, hotel bookings are down, restaurants are down. So we just did the budget projection estimates. The world then changed since then so I asked him for any advice that he might have.”

Notwithstanding DiNapoli’s function as (among other things) the state government’s chief bean-counter, this is not a natural next move. While the Office of State Comptroller (OSC) includes a professional staff unit focused on the state budget and finances, the fiscal planning unit at Cuomo’s own Division of the Budget (DOB) is the state government’s “A” team when it comes to following economic trends and forecasting revenues. Indeed, DOB no doubt already has prepared and handed Cuomo an updated in-house forecast—or more likely a range of forecast scenarios, from bad to worse.

Although he’s the state’s chief accountant, the comptroller has little formal statutory role in the budget-making process beyond providing a tie-breaking (but non-binding) number in the event the governor and Legislature can’t reach a revenue consensus, as he did for the first time last year. This year, however, the formal consensus was duly announced on March 1 (last Sunday), when Cuomo’s budget director and legislative fiscal committee staffs agreed that the Executive Budget revenue forecast for FY 2020 and 2021 should be adjusted upwards by a total of $700 million.

Notwithstanding Cuomo’s claim today, the world that will shape the state’s FY 2021 tax base already had begun to change during the week before the consensus was reached, when the stock market experienced its steepest and quickest decline in more than 10 years. As I wrote in my New York Post commentary on Feb. 28:

For lawmakers inclined to spend more than Cuomo has proposed, the turmoil on Wall Street should come as a timely and sobering reminder: New York’s tax base is both exceptionally wealthy — and exceptionally fragile.

As a financial capital, New York is more vulnerable than any state to the ripple effects of economic shocks affecting financial markets. The personal-income tax makes up two-thirds of New York’s total state tax revenue, a larger share than in all but a few states. And 40 percent of the PIT is generated by the highest-earning 1 percent of taxpayers, whose taxable income tends to be more heavily correlated with investment gains and market trends.

As the Assembly’s own fiscal staff pointed out in a report issued a decade ago, New York’s PIT base is “inherently unstable,” thanks to its “volatile” and “unsustainable” dependence on a small number of high-income taxpayers. Since then, with the enactment and repeated extension of New York’s extra-high “millionaire tax,” it’s only gotten worse.

Asking the comptroller to weigh in now is a timely and crafty political diversion on Cuomo’s part. It’s hardly a secret that DiNapoli, a former state Assembly member (and also a former Nassau County Democratic chairman), has more personal fans than the governor among lawmakers in both parties. Not for the first time, asking the comptroller to independently weigh in on revenues is Cuomo’s way of saying “don’t just take my word for it—DiNapoli agrees we need to be more cautious.”

This assumes, of course, that DiNapoli will urge more caution. That seems likely, since DiNapoli generally has advocated a fiscally conservative approach to budgeting and revenue forecasting. The governor’s mid-January Executive Budget projection of continuing steady annual increases in state personal income tax receipts through FY 2024 already was on the optimistic side. Given an economic disruption that could last into the state’s second fiscal quarter, at a minimum,  and the further uncertainty generally created by a tight presidential election, even Cuomo’s proposal for a 2 percent spending increase could be insupportable.

Coming less than a week before the Senate and Assembly are due to roll out their one-house, non-binding counter-budget resolutions on Monday, the governor’s request for DiNapoli’s “opinion” gives the comptroller an opportunity to nudge the budget onto a much more fiscally prudent track. The best course is fairly obvious: tell lawmakers they can’t bank on having $700 million more to spend, that revenues quite likely will be lower than the governor originally projected, and that Cuomo needs to retain added budgetary authority to reduce spending (allowing for legislative override) during the year if a deficit is developing.

The invitation to provide Cuomo with advice—presumably in writing, and shared publicly—also gives DiNapoli a chance to highlight the need for larger budgetary reserves, something he’s been urging for years. At a minimum, he could recommend that any revenues in excess of a more conservative, adjusted forecast be deposited in the state’s rainy-day account.

While he’s at it, DiNapoli also should seize on Cuomo’s request as an opportunity to urge lawmakers to reject proposed Executive Budget language that would allow the governor to artificially deflate apparent spending totals through the use of “refund of appropriations” language. As DiNapoli’s office warned in its recent analysis of the FY 2021 Executive Budget:

The Budget also proposes amendments to the State Finance Law that seek to require the Office of the State Comptroller to incorporate the refund of appropriations principle into its monthly and annual cash reports, and to list receipts and disbursements in those reports based on accounting principles, policies and legislative intent set forth in budget legislation. This raises troubling issues with respect to transparency and accuracy in financial reporting, while potentially imposing rules that are inconsistent with accepted accounting standards. For example, the Office of the State Comptroller has reclassified a number of transactions in prior fiscal years that, had they not been modified, would have substantially misstated certain financial results for the State. The State Constitution provides that the Comptroller has the responsibility and authority to independently audit the accounts of the State and prescribe such methods of accounting as are necessary to perform his duties. Thus, these proposed amendments impinge on the constitutionally defined role of the Comptroller as the State’s independent fiscal monitor.

Looking into what could be an economic abyss for FY 2021, and on the heels of Cuomo’s recent concealment of significant over-spending in the Medicaid program, this would be the worst possible time to force the comptroller to sign on to phony budget numbers in potentially more troubled years ahead.

It's about time: @NYGovCuomo is acknowledging the need to re-set an optimistic revenue forecast given the coronavirus disruption. He want...

Seeking an opinion on revenues from @NYSComptroller is a crafty diversion for @NYGovCuomo: saying, in effect, "you don't have to take my ...