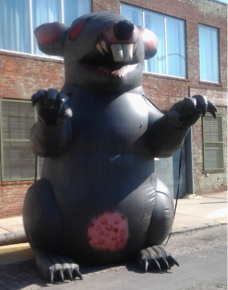 Governor Andrew Cuomo says his proposal to allow up to three casinos in upstate New York will “create thousands of new jobs where they are needed most.” Now comes the small print: it turns out those jobs will be controlled mainly by organized labor, whose support the governor presumably is courting for a needed constitutional amendment to legalize casino gambling on a broader scale.

Under the bill Cuomo unveiled last week, casinos will be required to enter into a “labor peace agreement” with unions seeking to represent their workers — which, in case anyone still wondered, explains why the head of the state AFL-CIO was present for the governor’s announcement of the plan in May.

But that’s not all: in an unprecedented move, Cuomo’s bill would also treat all capital projects at casino sites as “public work” under the state labor law. The privately financed, owned and operated facilities would be covered by prevailing wage requirements and would have to submit union-friendly project-labor agreements for renovations and construction work. The inevitable result: higher costs for the casino owners (who will, to be sure, just pass them along to thesuckers customers) and fewer job opportunities for upstate’s mostly non-unionized construction workers.

Brian Sampson of Unshackle Upstate calls this “a complete overstep by the governor.” That’s almost an understatement. As the non-union Associated Builders & Contractors (ABC) points out, passage of the governor’s bill also would, among other things, “effectively open the door to mandating prevailing wages on virtually all private work where a state license is required to operate.” Indeed, licensed or not, very little major private development now occurs in much of upstate New York without some form of government concession or assistance, creating a wide field of other potential opportunities for the unions, based ont he casino precedent.

Putting aside arguments about the ultimate social and economic impact of casinos, the governor’s labor-friendly bill language reflects the fundamental problem with the standard approach to legalized gambling across the country. The heavily taxed, heavily regulated industry creates a wealth of new (legal) transactional opportunities for politicians. That’s the last thing New York needs more of.

It’s not hard to guess where the Assembly’s Democratic majority will stand on these provisions. Will on-again, off-again friends of free enterprise in the Senate Republican conference insist that casinos be subject to the same laws as any private development? Or will they trade any concerns over this language for their priorities: video slot sites on Long Island and more casinos in the Catskills? With the Legislature due to adjourn next week, we’ll soon know the answer.