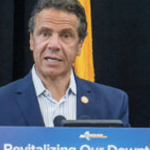 Governor Cuomo frequently asserts that his policies have ignited an economic turnaround in upstate New York, and he’s been known to cherry-pick numbers to back himself up. He was at it again during a swing through the Mohawk Valley earlier this week—and, once again, the statistical cherries were in bloom.

Cuomo appeared at Mohawk Valley Community College on Monday to announce $10 million in state funding of “transformational” downtown revitalization grants for the city of Rome, essentially following up on an award first announced last September.

The governor closed the Rome event with this riff:

For many years, the economic tide was against you. People were leaving, businesses were leaving, the State was in trouble. You can’t swim against that economic tide. You can’t. I don’t care how hard you stroke. You can’t swim against a state exodus tide. The tide is turned, and the tide is now going with us. This State today, 8 million private sector jobs, more jobs than have ever existed in the history of the state of New York. Mohawk Valley, the unemployment rate is cut by about half. So, the jobs are coming, the young people are coming.

There are, indeed, a record number of private jobs statewide—but not in Utica-Rome, which has seen better days. Although employment in the Utica-Rome metro area has recovered slightly from Great Recession lows, as of 2017 it was still slightly below the 1990 level.* The latest monthly state jobs report estimated that Utica-Rome had lost 200 private jobs in the past year.

As for the Mohawk Valley unemployment rate, it has indeed been “cut by about half,” to a (non-seasonally adjusted) level of 4.4 percent in May, from a post-recession peak of 8.7 percent in May 2012.

But as usual, the unemployment statistic was highly misleading. In fact, as measured by the household survey, employment among Mohawk Valley residents has actually decreased since Cuomo took office. The unemployment rate dropped only because the labor force (the number of people who report they are available and looking for work) decreased even faster. This suggests senescence more than an influx of young workers. 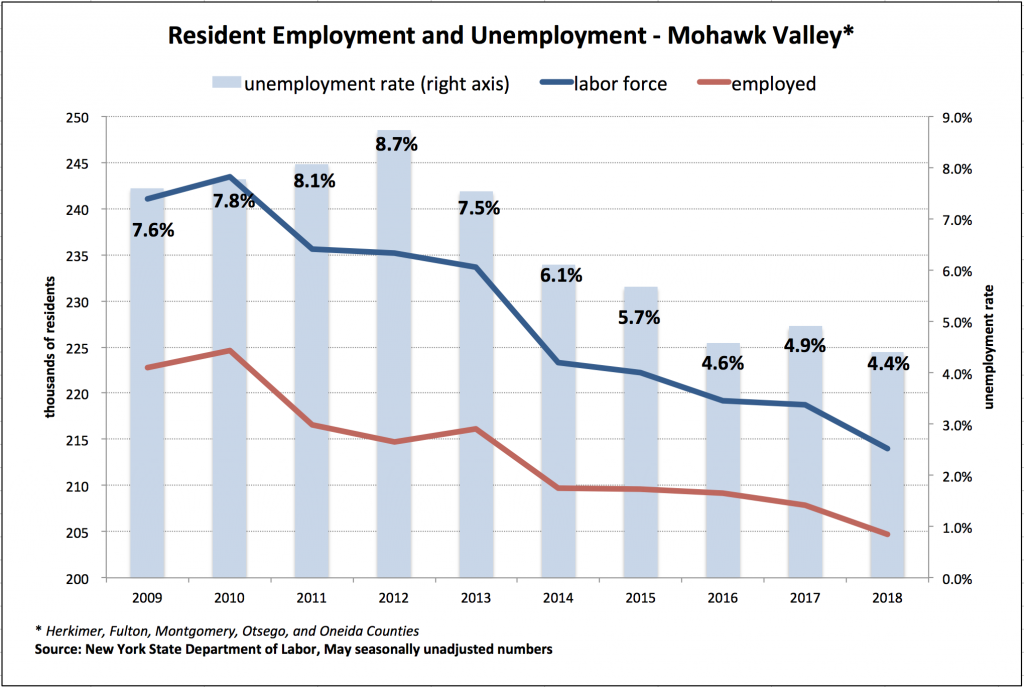 * The official state Labor Department estimate of Mohawk Valley private sector employment reached a peak of 107,000 in May 2000, more than 10,000 above the current level, but the 2000 figure included Native American casino jobs that are now counted in the government sector.