The proposed Tier 6 pension for a general employee of state and local government who retires at age 65 after 30 years of service would be 50 percent of final average salary.  The Tier 5 pension at the same age and for the same career duration is 60 percent of final average salary.  In other words, measured on this basis, the Tier 6 benefit will be 17 percent less than the Tier 5 benefit. 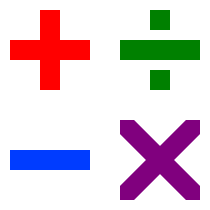 Lately we’ve recently begun hearing unions and their allies kick around a claim that the difference between the two tiers actually comes to 40 percent. This number seems to have originated with the Civil Service Employees Association, as in this quote from CSEA spokesman Steve Madarasz: “The Tier 6 plan represents a 40 percent reduction in benefits, with or without options.”

Of course, the final average salary base is going to be somewhat lower under Tier 6, as well.  But it’s hard to figure how that could add another 23 percentage points to the difference–for anyone other than a cop or firefighter, that is.

Can anyone suggest where that 40 percent estimate comes from?  We’ll post your answers here.  Facts only, please–kindly skip the rhetoric.