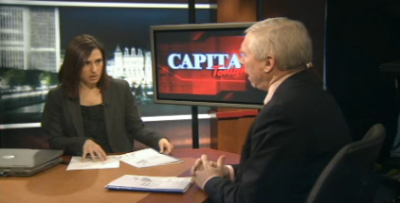 The lead up to this debate includes Governor Cuomo’s proposed modifications to the pension system in New York (including his proposal for an optional defined-contribution system), our paper released last week on the same subject and PEF president Ken Brynien’s recent comment that, “If the governor’s going to put something in the budget that’s unreasonable, maybe it should be shut down.”

The debate really gets going when Brodsky says, “E.J. is starting with wrecking the current sytem, instead of curbing the abuses and that’s where I differ with him.”

E.J. responds, “It does not wreck the current system, it does not hurt the current system in any way — that’s a fact.  People who say that it does are just wrong.  We have our major pension systems in New York… are quote, unquote fully funded. That means what it says, it means that if people don’t go into those systems they’re not being deprived of funds.

Opponents seem to have developed an incredibly selective memory when it comes to the optional part of this plan.