The prices of some previously high-flying stocks such as Apple recently have been plummeting, and the stock market has just suffered “its worst week of declines in five months,” the Wall Street Journal reports. This is not good news for savers and investors — but it may be causing sighs of relief in some corners of the state Capitol. 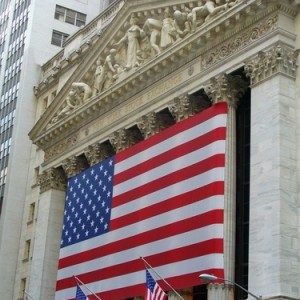 The state Division of the Budget is counting on a Wall Street stock sell-off to meet its financial plan target for state personal income tax (PIT) collections in the current fiscal year.  As of September, at the midway point in the state fiscal year, PIT receipts were below forecast. However, the 2012-13 financial plan assumed the year will end with a big increase in what are known as “extension payments” for tax year 2012. This, the Enacted Financial Plan says, “reflects an assumption of early realization of capital gains due to the projected sunset of the Bush tax cuts as scheduled starting with tax year 2013.”

< ![endif]–> Sure enough, that seems to be what’s happening. From the Journal:

The prospect of higher taxes on capital gains is prompting many to unload some of their winning stocks.

The potential rise in the capital-gains tax is included in a raft of potential year-end tax increases and spending cuts, known as the fiscal cliff. Leaders in Washington are likely to spend weeks wrangling over which taxes get increased, and many investors anticipate capital gains will be one of them.

Peter Disch, a wealth adviser, has been helping his stable of 90 clients, who collectively have entrusted about $140 million to his firm, sell stocks in recent weeks.

“Tax rates are going up, and if you don’t plan to hold these stocks for a long time, now is the time to take advantage of the lower tax rates,” Mr. Disch says he has told his clients.

In the long run, of course, higher federal taxes on capital gains won’t be good for anyone — least of all a state government as heavily dependent on the financial sector as New York is.  Any short-term surge in capital gains receipts this year will be followed by much lower tax receipts next year. Indeed, that’s just what happened in 2010-11, when it appeared the lower federal capital gains rates would expire before President Obama agreed to extend them for two more years.  Extension payments for tax year 2011 fell a whopping $808 million.