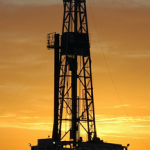 New York’s rising unemployment rate is “presenting a challenge for Gov. Andrew M. Cuomo as he tries to build an image as a fiscal centrist who can transform the state’s business climate,” today’s New York Times reports.  The administration responds that the federal unemployment figures, a statistical sampling based on surveys of individuals, paints a less accurate picture than the federal government’s establishment payroll data, which counts jobs.

“Simply relying on the household unemployment survey does not paint an accurate or complete picture of job creation in New York State because the sample used in that survey is inadequate,” said Richard Bamberger, a spokesman for the governor.

“Under Governor Cuomo’s leadership, jobs are being created at the fastest rate in four years, and the proof is in the numbers,” he added, citing falling unemployment claims. “New York has regained all of the 324,000 private-sector jobs lost in the recession,” Mr. Bamberger said.

But putting aside continuing questions about the reliability of unemployment data, the payroll numbers for New York haven’t been that impressive, either — outside New York City, that is.  During the 12-month period ending in August, the most recent month for which regional breakdowns are available, the city accounted for 70 percent of the state’s private sector job growth.  Most of the remaining year-over-year increase was in Long Island and the lower Hudson Valley, which still have not fully rebounded to their pre-recession employment levels. New York’s strongest rate of job growth was in the Utica-Rome region, where private employment was up 4.4 percent.  However, while Utica-Rome as of August was back to its 2007 employment level, it was still nearly 4 percent below the 2002 level.

Regions with private-sector job declines in the latest 12-month period included Elmira and Binghamton — in the heart of the natural gas-rich Marcellus Shale region, where the Cuomo administration still is in no hurry to allow hydro-fracking, as these folks complained in Albany yesterday.*

Cuomo has been in office for less than two years, which is too short a period for the policies of any governor to have had a significant impact on macro-economic trends in a state the size of New York. In addition, the employment data are subject to an annual revision next March, and must be taken with a considerable grain of statistical salt before then.  In the meantime, the “fiscally centrist” label applied by the Times is, at best, a rough arithmetical average of fiscal policies that have veered from a property tax cap and state spending restraint to a “millionaire tax” hike and continued foot-dragging on gas fracking. The State Capitol needle has yet to point decisively in a pro-growth direction.

* At 9.1 percent and 8.9 percent respectively, Elmira and Binghamton also had unemployment rates higher than the national (8.2 percent) or statewide (8.8 percent) rates for August.