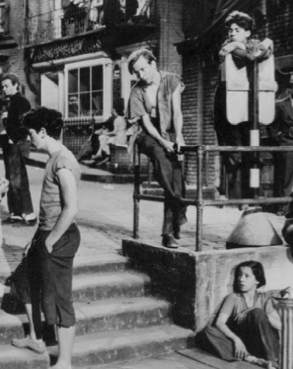 A new $62 million plan to promote employment for unemployed inner-city youth was part of this week’s tax increase deal between Governor Cuomo and the Legislature.

Like the rest of Wednesday’s legislative package, the youth employment provisions were rushed through the Legislature with no deliberation, consideration of alternatives or weighing of evidence from similar existing programs. Under the circumstances, skepticism is in order.

At 17.9% in 2009, unemployment among youth age 16-24 in New York, is a serious problem. Can the state make a dent in this problem by offering a hodgepodge array of tax credits to business, stipends for youth to entice them to participate and a host of work readiness training, credentialing, job placement, literacy, basic education and other interventions?

One of the two biggest pots in the package is $25 million to support and expand Summer Youth Employment statewide through the NYS Department of Labor (DOL). Fine — the program is well targeted to low-income youth. However, the jury is out on whether it imparts real, durable skills.  This is not a new initiative and is only a two- month seasonal program. Young people need full and part-time year round jobs.

DOL will get another $8.26 million for operating training programs and to pay stipends to participating youth (up to three monthly stipends of $300 to help them “transition to the workplace.”) However, unlike most of the current DOL clientele, many disconnected youth are members of or heads of a welfare household. They often have children out of wedlock and must navigate numerous issues such as child support and childcare. Some have aged out of foster care. Some have juvenile or adult criminal records and have been previously incarcerated. Substance abuse issues are also a problem.  Given this profile, DOL may not be the best fit for the mission.

Is a new program really necessary to address employment for inner city youth?  A successful existing program, Career Pathways (CP), is now administered by the state Office for Temporary and Disability Assistance  (OTDA), with DOL as a consulting partner (Disclosure: I was until recently an OTDA deputy commissioner with oversight of this program, among many others.)

The Governor’s proposal provides a pittance of $2.5 million for CP – which is perplexing, because the program already targets a good portion of its funds to this same youth population and has a solid and transparent track record. CP focuses on business sectors locally that are actually hiring (health care, hospitality, conservation, clean energy, etc.), the very areas the Governor mentions in his plan.  CP grantees are concentrated in urban areas and are encouraged to operate according to the realities of the local labor market and the needs of employers – both essential elements for success.

Sixty percent of CP funds are performance based, earned only when certain employment related benchmarks are met. For a Governor who has pledged to streamline government, make agencies work together and avoid duplication, it seems peculiar not to use an existing program as the core foundation for his inner city youth jobs program.

Tax credits worth $25 million for businesses are another element of the jobs program approved this week. In targeted urban areas, the Governor’s plan will provide participating businesses with a $3,000 tax credit during the 6-month “training period” and another $1,000 credit for retaining that full-time employee for an additional six months. However, tax credits to business to promote hiring have a mixed record. Some research suggests such incentives are too complicated and do not add enough value monetarily to tilt the hiring decision (more on that here).

Focusing on jobs for inner city youth is laudable. The Governor deserves credit for taking on the issue. But the operational plan on the ground will be far more important than the political gain realized for proposing it. Employer buy-in will require more than tax credits of the size proposed and likely a different approach.

A better and cost neutral approach than tax credits would have been to use the same dollars for wage subsidies to employers combined with the existing CP program. This model fully underwrites the employer’s hiring risk, by paying the wage of the youth for a trial period of time (usually 3-6 months). The expected trade off is that the employer will retain the hire on an unsubsidized basis, if the employee functions well in the work environment during the trial period.

Experienced intermediary organizations in targeted urban areas — for example America Works and SEEDCO –could actually hire and pay the youth for the trial period, further unburdening the employer. When the person being hired is part of a welfare household, one method to partially pay the wage, is to divert the welfare grant to the employer (i.e. grant diversion).

Even if all the right steps are taken, the success of the program will likely be modest. Unfortunately, as in so many other government programs, this latest youth employment program lacks performance standards to help determine whether it delivers the goods.