A police chief in the Mid-Hudson region was the highest-paid municipal government worker in New York during the state’s 2019 fiscal year, according to the latest edition of “What They Make,” the Empire Center’s annual report summarizing total local government pay.

New York’s highest-paid local government employee in 2018-19 was Brad R. Weidel, the Police Chief for the Town of Ramapo in Rockland County, who was paid $403,650, the Empire Center’s analysis found. 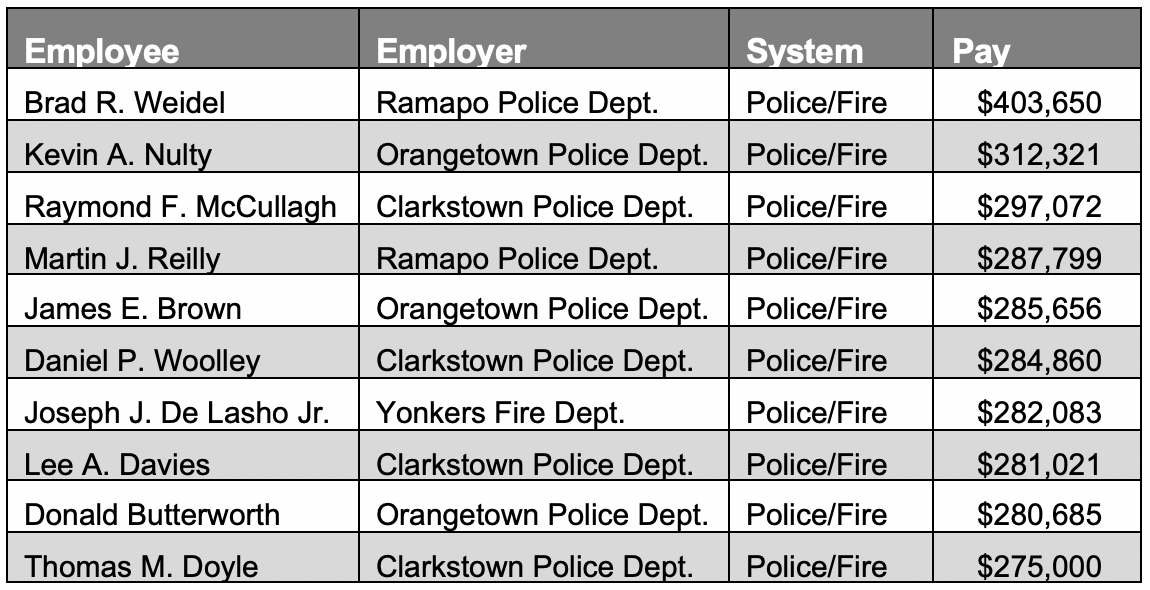