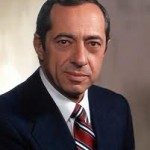 As part of his ongoing push for a statewide $15 minimum wage, Governor Andrew Cuomo repeatedly has denounced what he calls “the mother of all corporate loopholes.” In Buffalo this week, he amped up his rhetoric, reportedly charging that “business is stealing from taxpayers of this state.”

Cuomo wasn’t referring to any of the notable business tax giveaways he has personally promoted, such as the $420 million a year the state doles out to wealthy film and TV producers, or the state’s $750 million speculative investment in billionaire Elon Musk’s solar panel factory in Buffalo, or the 100 percent tax exemptions that will flow to the handpicked corporate occupants of START-UP NY zones.

Rather, the governor’s ire has been directed at state and federal programs that provide health insurance coverage and wage subsidies for low-income workers. The largest direct cash benefit in a typical low-income worker’s public assistance package is the Earned Income Tax Credit (EITC)—pioneered in New York State by the late former Governor Mario Cuomo, in whose memory the current governor is campaigning to establish a statewide $15 an hour minimum wage.

With strong bipartisan support, the federal EITC was first enacted 40 years ago to offset the burden of payroll taxes and provide an incentive to work for low- and moderate-income families. The EITC is refundable–which means that when the tax credit exceeds the amount of taxes owed, the difference becomes a tax refund. As a result, it effectively creates a form of negative income tax. (For more on how the EITC is designed to make work pay, see this 2012 Empire Center report.)

Andrew Cuomo has not attacked the EITC by name, but it’s part of what he apparently means when he claims that “McDonald’s workers qualify for welfare and for food stamps, and the taxpayers give McDonald’s workers $6,800 in tax subsidies.”

The $6,800 figure can be traced to this 2013 report by labor researchers at the University of California, Berkeley, and University of Illinois at Urbana-Champaign. In a 50-state rundown of what it termed the “public cost of low-wage jobs in the fast-food industry,” the report estimated that the families of 104,000 fast food workers in New York receive a total of $708 million in public social services benefits.

That number included $113 million in EITC benefits and $60 million in food stamps (now known as Supplemental Nutritional Assistance, or SNAP). Nearly all of the remainder—an estimated $521 million, or nearly three quarters of the total—consisted of the value of health coverage provided by Medicaid.

The logical implication of Cuomo’s claim is that programs such as the EITC and food stamps for working people should be sharply curtailed if not repealed. His rhetoric also implies that New York should roll back benefits made available to working families under what used to be known as Family Health Plus and Child Health Plus, now subsumed in and subsidized by the Medicaid expansion under President Obama’s federal Affordable Care Act (ACA).

After all, if these programs merely represent “loopholes” exploited by businesses “stealing” from taxpayers, how can they be defended? If government benefits for working families should actually be construed as employer subsidies (a view economist Douglas Holtz-Eakin describes as “real, oft-repeated and … 1,000 percent wrong”), should we feel compelled to do away with the programs?

Cuomo is implying as much. Including that $708 million figure for fast-food workers, he estimated the value of all social service benefits for low-income workers at $2 billion and declared: “I say raise the minimum wage and let’s do a $2 billion tax cut and give that money back to the taxpayers.” Which would require, in addition to repeal of the EITC, a rewriting of the federal welfare law, a rollback of food stamp eligibility guidelines and a reduction in Medicaid benefits, throwing low-income workers into private health insurance exchanges. Which, of course, the governor actually has no intention of advocating. Or does he?

The father of the earned income tax credit

“Having monitored its success on a federal level, I will propose a state earned income tax credit to enhance work incentives for poor families, providing them with financial opportunities without the imposition of onerous administrative procedures.”

Mario Cuomo thought the EITC, and President Bill Clinton’s role in expanding it, was not sufficiently appreciated. From an October 1994 New York Times account:

Ask 15 people in the street whether they know the President had increased the earned-income tax credit, [Mario Cuomo] said, and not one will have heard about the important program for lower-income working families.

“That’s not your fault and it’s not mine,” he told reporters. “They just didn’t tell the story.”

The current governor, it seems, wants to tell a very different story.