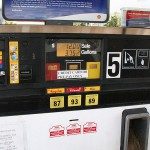 The impact of declining crude oil prices, already apparent at the gas pump, has now rippled through to New York State’s petroleum business tax (PBT).  Effective Jan. 1, the PBT on motor fuel has dropped by a whopping six-tenths of a penny, to 17.8 cents per gallon from 18.4 cents per gallon, according to the state Department of Taxation and Finance.

The PBT — largest element of combined state and local taxes averaging up to 50 cents per gallon of gasoline sold in New York — is linked to a 12-month average producer price index for refined petroleum products, which dropped by about 3 percent during the 12 months ending last August. Wholesale oil prices have dropped by much more than that—now hovering around $50 per barrel, less than half last summer’s peak.

The tax impact of big fluctuations in wholesale prices is muted by PBT’s reliance on a lagged price index–and by a statutory 5 percent limit on annual increases or decreases in the PBT, regardless of how much the price index changes.  This is the second consecutive annual decrease in the PBT, which  dropped last year by a smaller amount, from 18.6 to 18.4 cents.

If you drive 10,000 miles a year and average 20 miles a gallon, the latest tax decrease will save you a grand total of $3 in the coming year.

As of last October, New York’s average total tax on gasoline was highest in the nation, as calculated by the American Petroleum Institute. Of the nearly $1.2 billion in dedicated transportation funds the PBT will generate in the current fiscal year, $520 million is being funneled to mass transit, and more than three-quarters of what’s left will be diverted to pay debt service on bonds and to underwrite the operating expenses of the state Department of Transportation and the Department of Motor Vehicles. That leaves not much for pay-as-you-go investment in capital construction, which was the state’s justification for expanding the PBT and creating the dedicated fund in 1991. Highway and bridge conditions are … not great.

The bottom line: New York motorists pay a premium, but don’t get a premium return.