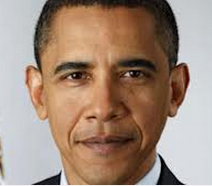 President Barack Obama’s proposed federal budget revives his proposal to cap the value of itemized income tax deductions for the highest-earning 3 percent of taxpayers, a category starting at $200,000 of taxable income for single filers and $250,000 for married filers.

Under current law, if you’re in the 39.6 percent tax bracket, you get a 39.6 percent discount on the cost of items for which you claim deductions, assuming you’re not subject to the Alternative Minimum Tax (and if you make enough to be in that bracket, you’re probably beyond AMT range). Obama would reduce it to 28 percent, the highest tax rate in lower brackets.

By far the largest deduction claimed by high-income taxpayers, especially those earning $1 million and more, is for state and local taxes.

So guess which state’s tax base (with the possible exception of California’s) would be hit hardest by this change?

I answered the question in this op-ed last December:

Say, for example, that the feds tightly limit or even kill the state and local tax deduction for taxpayers with incomes over $1 million. In that case, IRS stats indicate that New York residents alone would pay nearly a quarter of the resulting tax hike.

That’s not all. Counting commuters from other states who are taxed by Albany on wages and bonuses earned here, New York’s tax base accounted for 30 percent of all the deductions for state and local taxes claimed by Americans earning $1 million or more as of 2010.

Any deal to squeeze or drop that tax break would have huge implications for New York. Thanks in part to Gov. Cuomo’s extension … of a “millionaire tax” surcharge, New York filers with incomes above $1 million are expected to generate 40 percent of state income taxes in 2012, or nearly $15 billion. If federal tax hikes prompt even a small number to leave New York, the state will lose hundreds of millions a year in revenues.

The idea of curtailing itemized deductions for high-income taxpayers was backed by Mitt Romney in last year’s presidential election and was being seriously discussed as part of Obama’s “fiscal cliff” deal with congressional Republicans late last year—but when the bill emerged from the Senate, that provision was nowhere to be found.

What influential senator from a high-tax state, which also benefits inordinately from the tax-exempt treatment of municipal bond interest, might have had a hand in that change?  Oh, yeah—him.  But can Chuck Schumer effectively block his president’s wishes and get away with killing the deduction cap again?