New York’s post-pandemic employment recovery came to a halt and moved into reverse in December, according to the state’s preliminary jobs estimate for the final month of COVID-wracked 2020.

Private payroll employment in December was 966,000 jobs below the level of the previous year, a decline of 11.5 percent at a time when the national employment was down 6.1 percent. On a year-to-year basis, the state’s job decline was actually larger in December than in November, when employment was down 937,000 jobs, or 11.2 percent. After a decade-long economic expansion following the Great Recession of 2008-09, New York’s December private jobs count was the lowest since 2011.

As shown below, the hoped-for V-shaped employment recovery has become a sagging “L”. 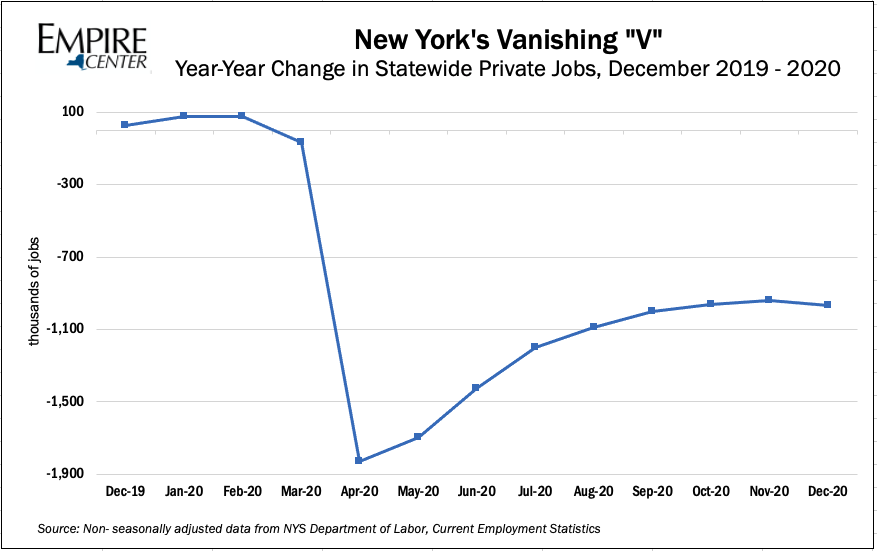 In line with previous trends, the year-to-year drop in private jobs was largest in New York City, and also hit double digits in the Albany, Rochester  and Syracuse areas, while Buffalo had a somewhat less severe decline, as shown by the regional breakdown from the state Labor Department release (below). Among smaller upstate metro areas, the private employment change in the past year was closer to the national average in Elmira and Binghamton (two of the weakest areas in the state for more than a decade) and in Ithaca and Kingston (two of the strongest, pre-pandemic). 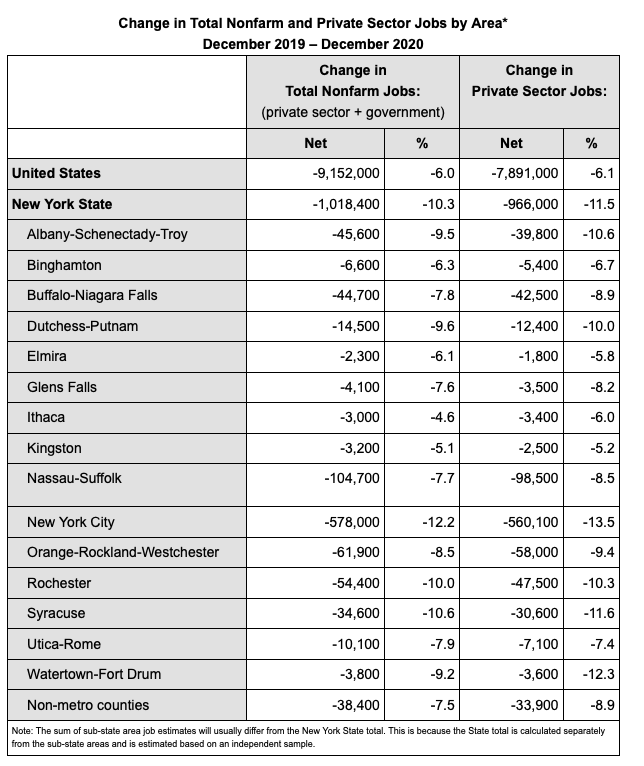 The state’s FY 2022 Executive Budget, released this week, blames the slowdown on a combination of weather and stepped up coronavirus cases. As summarized in the economic forecast (see p. 48 of this volume):