New York has lost nearly 1.4 million residents to the rest of the country since 2010—and largely as a result of this outflow, the Empire State’s total population barely budged during the decade, according to the U.S. Census Bureau’s latest annual update of population estimates.

Where are New Yorkers headed? Explore our exclusive national and state rollover map here, based on the latest data gleaned from federal tax returns. 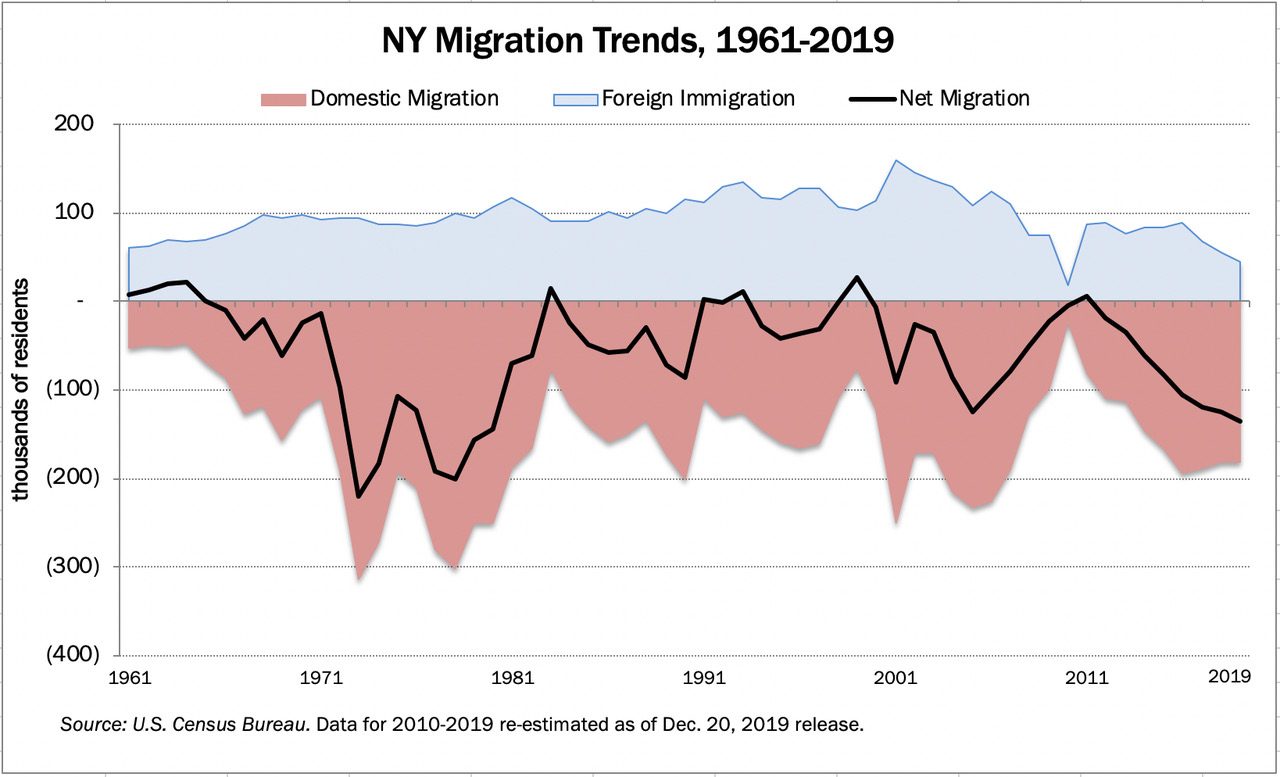 Migration data for all 50 states since 2010 are detailed below. 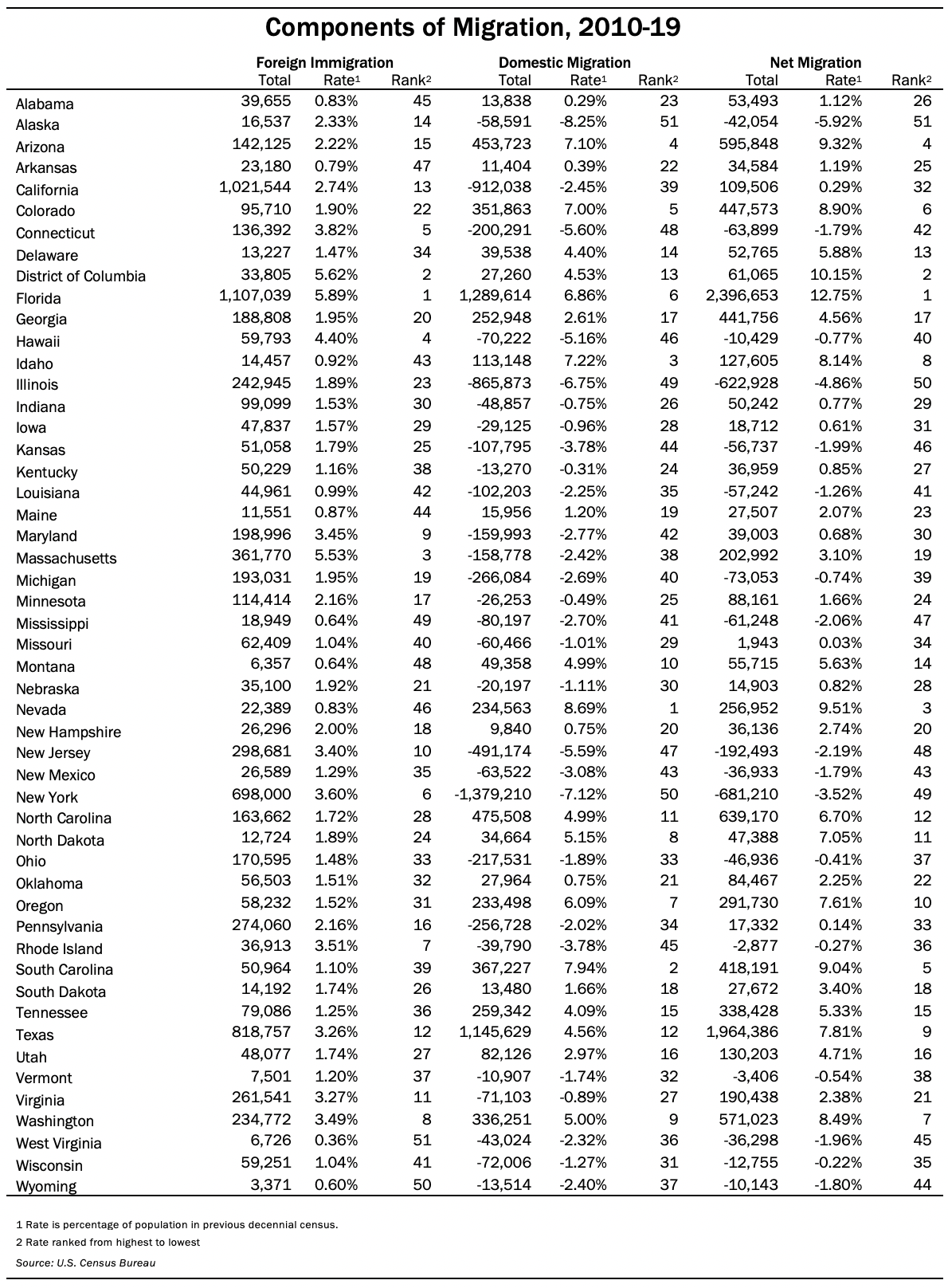