The Yonkers City School District will be allowed to bond out a portion of its rising pension contributions under a bill that seems greased for end-of-session passage by the Legislature. 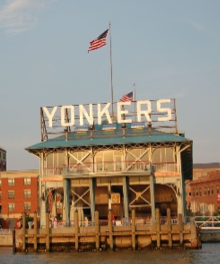 Sponsored by Sen. Jeff Klein and Assemblyman Michael Spano, the bill (S.5752, A.8293-A) would authorize the school district to issue 15-year bonds through the state state Dormitory Authority to cover up to 125 percent of its 2010-11 teachers’ contribution, payable this fall.  Proceeds can be used to offset the amounts by which pension contributions over the next several years exceed 8.62 percent of payroll–the 2010-11 contribution rate.

The bonding authorization was requested by the school district, according to the bill sponsors’ memo.  However, the memo doesn’t include an estimate of how much the city is likely to borrow, or at what cost.  A quick calculation based on pension data in the city’s latest general bond prospectus suggests a figure in the neighborhood of $20 million, which would mean interest of $500,000 to $1 million a year.**

*UPDATE: This calculator indicates that, even at a favorable interest rate of 4 percent, the debt service on $20 million in borrowing would be about $2 million a year.

**UPDATE II: An alert reader points out that pension obligation bonds are taxable, so Yonkers is likely to pay an interest rate quite a bit higher than the 4 percent illustration used above.  Make that well over $2 million in annual debt service.

“The underlying purpose of this bill is to allow the financing of this employer obligation to help offset the record reductions in state school aid districts, such as Yonkers, are experiencing this year and may continue to experience going forward for the next several State budget cycles,” says the sponsor’s memo.  Which, of course, practically begs other districts to get in line for the same thing. In fact, a similar bill allowing “amortization” of rising teacher pension contributions by all school districts outside New York City was also introduced in both houses a few weeks ago, although it seems less likely to pass soon. That bill was backed by NYSUT, the statewide teachers’ union.

For a school district that says it faces a budget crisis, Yonkers has an odd way of showing its concern about pension costs; the district does not appear to itemize its pension contributions in any of its recent budget documents or presentations. Yonkers schools, which have issued 700 teacher lasyoff notices, are just part of a much bigger municipal budget problem in New York’s fourth largest city.

Introduced last Tuesday, the Yonkers pension bonding bill is in the Education Committee and the Senate Rules Committee–which, at this point in session, is often shorthand for “coming soon to a governor’s desk near you.”  If it gets to him, it will be an interesting test of Andrew Cuomo’s tolerance for questionable fiscal practices by troubled municipalities with a history of serious fiscal problems.

Will that IOU from California buy you a cup of coffee?

For muni bonds, a Treasury rescue could hurt