Unlike its rapidly improving COVID-19 case numbers, New York’s economic recovery began at a painfully slow rate during the normally buoyant month of May.

As noted here last month, the viral lockdown ordered by Governor Cuomo resulted in an economic catastrophe of historic proportions for the Empire State, culminating in a year-to-year loss of more than 1.8 million jobs in April.

Key points from today’s May employment report echo those from the April count:

At this rate, private-sector employment in New York won’t return to 2019 levels until the middle of 2021.

Reflecting the limited economic openings in much of upstate, May’s seasonally adjusted statewide unemployment rate officially was estimated at 14.5 percent, down slightly from the adjusted April estimate of 15.3 percent. But in New York City, which didn’t enter the earliest reopening phase until June, unemployment actually increased to 18.3 percent, from 15 percent in April.

Measured by comparable monthly totals, the long-term job trend in May reflected the same sharp vertical drop as in April, as illustrated below. 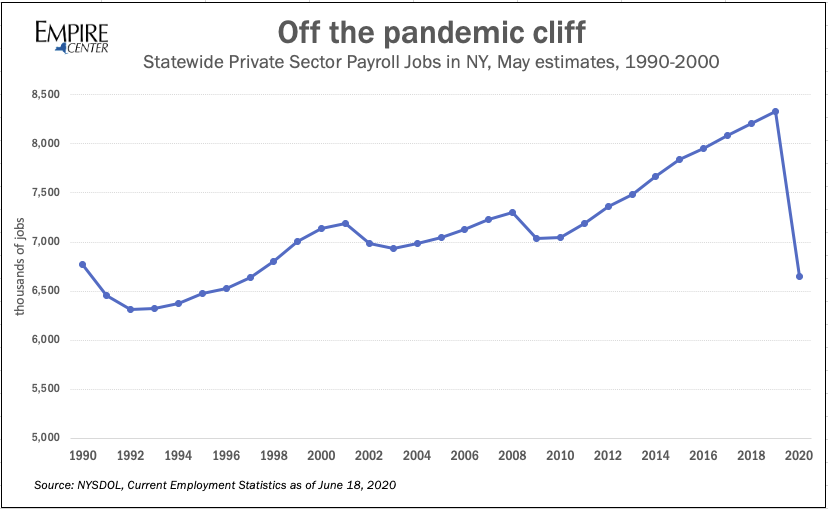 Job losses range from 21.8 percent to 24.6 percent in the metro areas that had the largest concentration of COVID cases: New York City, Long Island, Orange-Rockland-Westchester, and Western New York. However, the rest of the state—including upstate areas whose economies already were struggling—didn’t fare much better. 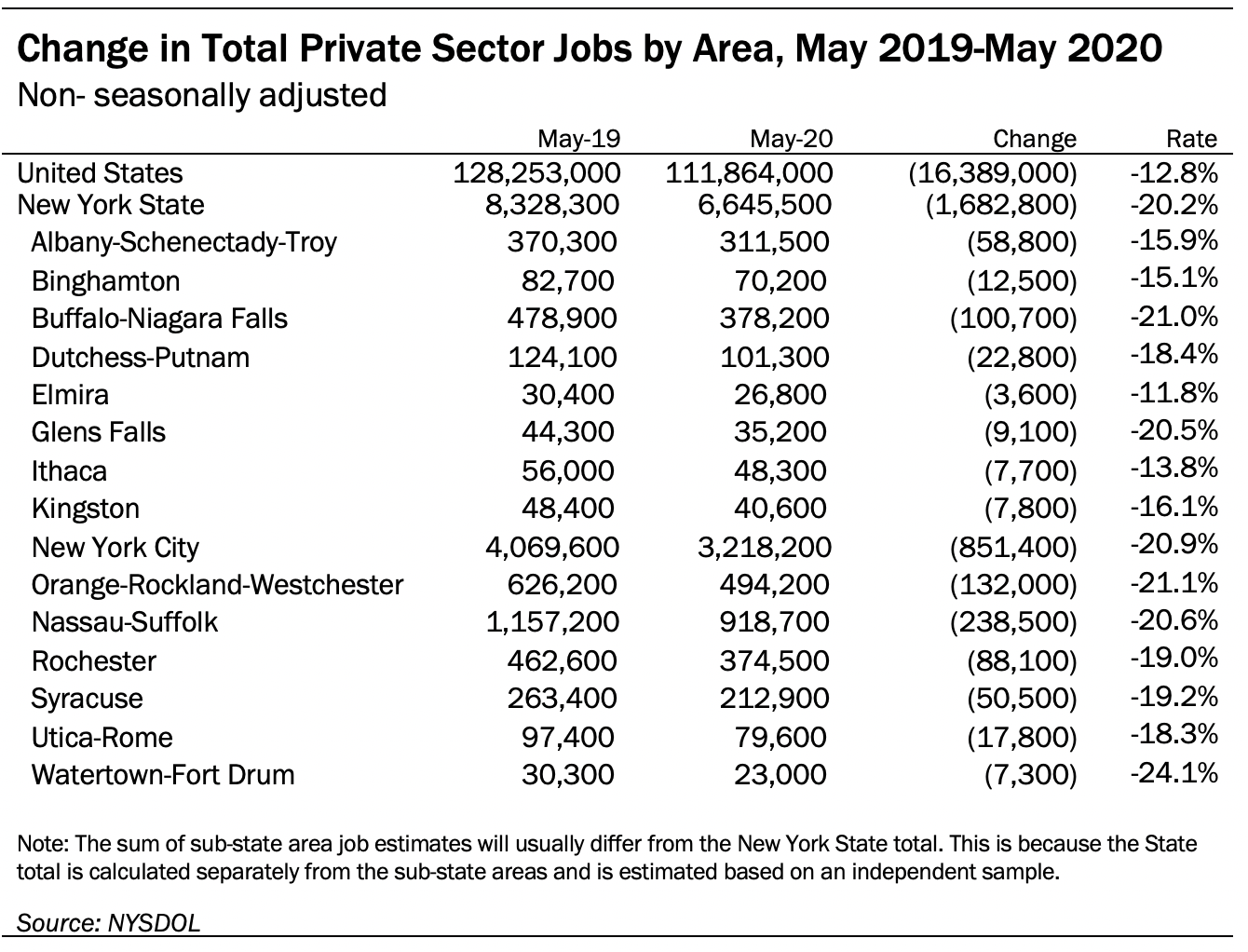 Looking at industry clusters, the declines were concentrated where you’d expect, with roughly two-thirds of all private job losses in sectors including restaurants, hotels, retail stores and education. The massive government sector, however, has shed very, very few jobs. 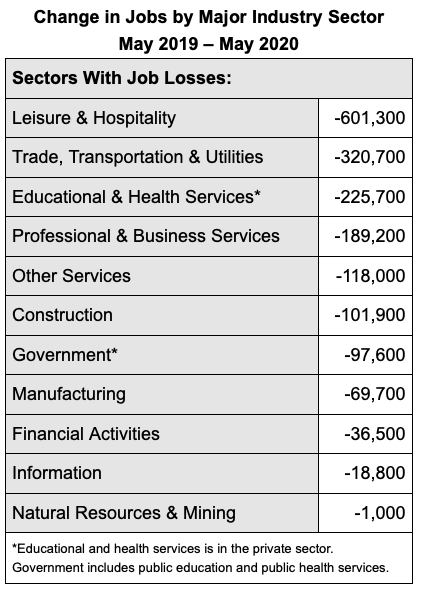 Finally, from a separate Labor Department report for the week ending June 13, more than 2.6 million New York residents had filed initial unemployment claims since mid-March—up a previously unimaginable 2.5 million from the same period in 2019.