Noting a reported increase in wealthy households in the New York City metropolitan area, Robert Frank of the Wall Street Journal is mystified that “New York still has huge budget problems given the wealth surge in 2009 and much-publicized tax burden of the wealthy.”

In other words, if we’re so wealthy, why does Albany still have a budget deficit?  Well, aside from the state’s lamentable failure to, you know, actually reduce spending from boom-time levels, the answer is simple.

Frank’s hook was a reported rebound in the number of “high net worth individuals,” or HNWI’s, in the New York metropolitan area.  HNWIs are further defined as “those having investable assets of $1 million or more, excluding primary residence, collectibles, consumables, and consumer durables.”  In other words, stocks, bonds, certificates of deposit, money-market funds, and cash sitting in the bank or stuffed in the mattress. 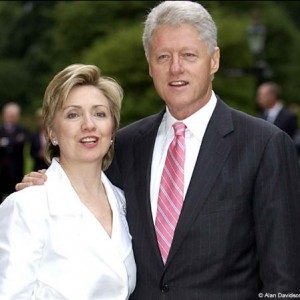 New York State does not tax financial assets, per se.  It taxes interest income, dividends and capital gains derived from those assets by state residents.  However, some New Yorkers with $1 million or more in financial assets are nonetheless living on modest incomes, and thus pay little or nothing in taxes.  This is especially true for retirees who have much of their net worth invested in low-risk assets now yielding very low returns.  If you have $1 million or more invested entirely in tax-free municipal bonds, you pay zero in state taxes.  If you’re heavily into stocks and have been lucky enough to match or even beat the market during its recent recovery period, you also may still have a backlog of capital losses from the 2007-08 bear market, which can be used to offset your taxable income.

Consider the example of a wealthy retired federal government employee living in Chappaqua.  The stocks he owns may have been worth $1.2 million in 2007, dipped in value to $900,000 in 2008, and rose back over $1 million in 2009.  However, his 2009 state tax bill wouldn’t necessarily have been any higher unless he cashed in some of last year’s market gains to meet higher expenses — say, the down payment on a lavish wedding for his daughter.  And even then, he might still be able to offset his tax bill with capital losses he experienced in the 2007 market downturn.  Indeed, if his capital losses were big enough and his income from other sources hasn’t grown, he may not be paying more for a few years to come (although, to be sure, he’s still paying a much higher effective rate than, say, the guy who picks up his garbage).

New York’s largest single revenue source has long been the income tax generated by salaries, wages, bonuses and other payments for personal services earned in the state, which is why Wall Street has become so important to our state finances.  However, the taxable incomes of New York’s wealthiest households remained lower in 2009 than they had been in 2007, according to data in this volume of 2010-11 Executive Budget (see p. 193).  Nicole has blogged here on this issue.

In fact, the temporary income tax increase imposed on high-income earners by the Legislature last yea–including a whopping 31 percent tax hike on those with incomes of $1 million or more — has fallen at least 10 percent short of its $4 billion target.  One reason for the continued weakness in tax receipts from high earners: while investment banks have reported huge profits stemming from federal TARP subsidies and free money from the Fed, they paid out a larger share of their bonuses this year in stock options rather than in cash.

Bottom line: Many of the same people whose net asset values are rising, thanks in large measure to the stock market’s recovery, are still not taking home much more money than they did a couple of years ago.  Some are still taking home less.  And tens of thousands or former investment bankers remain unemployed, although their net worth in many cases no doubt qualifies them for HNWI status.

The rebound in the number of HNWI households in the New York region no doubt stems largely from the stock market’s recovery in 2009.  But the state’s revenues won’t recover strongly until the economy does.  And even then, a sizable budget gap will remain unless more is done to curb spending.

We’ll be writing more on this subject in the near future.   Meanwhile, expect the report on wealth to touch off more soak-the-rich tax demands from the usual suspects.