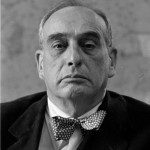 Apparently looking to make a big splash with a pre-budget rollout of downstate infrastructure initiatives, Governor Andrew Cuomo aimed for the biggest body of water the could find: the Long Island Sound.

The “2016 agenda” Cuomo unveiled before the Long Island Association today included revived plans for a third track on the main line of the Long Island Railroad, improvements to regional airports and other development projects.

However, the governor couldn’t resist capping off the agenda with an added attention-getter: a $5 million feasibility study of where to build “a tunnel connecting Long Island to either the Bronx, Westchester County or Connecticut.”

The notion of a new Long Island Sound crossing, above or below the water, revives an old pipe dream most memorably championed by the legendary master planner-builder Robert Moses and formally abandoned by Governor Nelson Rockefeller in the face of stiff public and political opposition more than 40 years ago.

Cuomo’s decision to include the tunnel in his announcement today could be written off as harmless political grandstanding, if not for that proposal to spend $5 million to study it—further indication, in case any was needed, that a few million dollars simply doesn’t count as real money in Albany.

Talk of even studying a new L.I. Sound crossing is especially questionable given the governor’s failure to detail how he intends to pay for the one mega-project he actually has under construction. With an estimated price tag of $3.9 billion, the new twin spans replacing the Tappan Zee Bridge over the lower Hudson will cost less than half as much as any conceivable Long Island Sound crossing. Yet the Cuomo-controlled Thruway Authority keeps putting off the inevitable toll increases needed to finance the new Tappan Zee.

In addition, the governor has given no hint of how New York will make good on his recent promise to share at least one-quarter of the estimated $20 billion cost of constructing the badly needed Access to the Region’s Core rail tunnels linking Manhattan and New Jersey.

The notion of building an added bridge or tunnel across Long Island Sound was popular in the first two or three decades following the end of World War II, when the Island was rapidly developing and New York politicians were wholly committed to untrammeled growth. Today, however, the region’s rampant NIMBY-ism squelches even the most modest proposals for residential or commercial development, which helps explain Long Island’s severe lack of rental housing and failure to create more well-paying jobs.

To be sure, a Long Island Sound crossing isn’t physically inconceivable: after all, something on a similar scale was built 50 years ago under Chesapeake Bay. Fiscally—well, that’s another matter. A proposal for a tunnel privately financed by a $25 per car toll was surfaced about a decade ago by a group that included the now-defunct investment bank Bear Stearns, but the underlying traffic projections (just for starters) seemed highly optimistic.