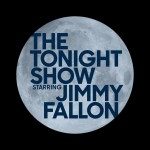 Gov. Cuomo today announced yet another enormous state tax subsidy for the entertainment industry — this time for Disney and Netflix to produce a live-action Internet TV series based on Marvel Comics superheroes in New York City.

The incentive will come out of New York’s $420 million-a-year Film and TV Production Credit program, which reimburses up to 30 percent of production costs in New York. It’s a sweet deal, as explained in an unpublished research study prepared for the governor’s Tax Reform and Fairness Commission last fall:

… Based on IRS industry-specific data, a 30 percent credit would equal about 55 percent of taxable income of a typical film production firm. In 2008 (the latest year for which detailed data are available), the credits received by 31 film production industry taxpayers exceeded the combined tax liability of the entire industry — all 1,600+ firms — in nine of the ten previous years. Because the credit exceeds tax liability many times over and is refundable, in effect it is a program of cash payments by the state to credit recipients. [emphasis added]

Note: the comic book characters in question are known as the “flawed heroes of Hell’s Kitchen,” referring to a once notoriously tough neighborhood on Manhattan’s West Side. So the taxpayers of New York State will essentially be paying Disney and Netflix to lend verisimilitude to their production values. Otherwise–perish the thought!–people might start thinking of Daredevil, Jessica Jones, Luke Cage and Iron Fist as “the flawed heroes of a neighborhood in Toronto or Baltimore that has been made to look a lot like Hell’s Kitchen.”  Although, come to think of it, Hell’s Kitchen itself doesn’t really resemble Hell’s Kitchen anymore.

Although the film credits do appear to boost in-state production, that does not mean that they “pay for themselves,” as two recent consultant studies reported. To reach their conclusions, both studies made several questionable assumptions, including:

Right? Anybody out there?

Side effects of the opioid tax