In delivering on Speaker Sheldon Silver’s session-opening pledge to eliminate taxes on New Yorkers earning less than $30,000, Assembly Democrats have come up with a scheme that would make Rube Goldberg proud. 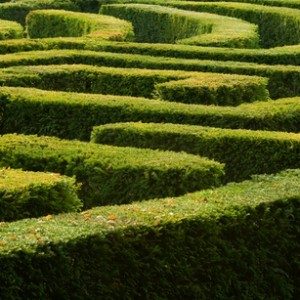 Keep in mind the households in question already pay little or nothing in taxes, thanks to the state’s generous earned income tax credit (EITC), the Empire Child Credit and the Child and Dependent Care Credit, which reduce income taxes by expanding refunds.

But instead of taking a simpler approach to a relatively small problem — such as expanding the size of existing credits — the Assembly’s one-house bill modifies the existing state personal income tax rate table with language like this:

Clear as mud to most people — except professional tax preparers.

Reducing the tax burden a bit further for lower income households is a nice idea, but the Assembly’s proposal, with an aggregate price of $62 million in 2012-13 and $160 million in 2013-14, does not offer much individual tax relief. What it will do, through a bizarre back door approach, is make existing tax credits like the EITC  a bit more generous while providing some modest tax relief mainly to households without children. For example, a childless couple with income of $25,000 currently pays a token income tax of $340 a year.  The Assembly change will save them $6.54 a week.

And, of course, it will add complexity to an already byzantine state tax code. Just what New York needs.