The just-enacted federal tax increase will fall heavily on high-income New Yorkers  – but will take a much smaller bite out of the Empire State’s tax base than President Barack Obama had been seeking.

The bill preserves President George W. Bush’s income tax cuts for the vast majority of households while raising the top federal income tax rate, from 35 percent back to the pre-Bush level of 39.6 percent, on taxable incomes of $400,000 for single filers to $450,000 for married joint filers. This effectively translates into gross household incomes of $450,000 to over $500,000, respectively. 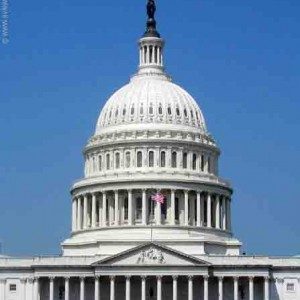 It appears that about 18 16 percent of the federal taxes generated by the marginal rate hike alone will come from households subject to New York State income taxes, including non-resident commuters, federal and state tax data indicate. These taxpayers will inevitably respond by earning less or seeking to expose less of their income to higher federal rates, which inevitably will cause some shrinkage in the state’s income tax base (compared, that is, to what it would have been if federal rates had not changed).

New Yorkers will bear a far more proportionate share (in the neighborhood of 7 to 8 percent) of the added burden from the expiration, effective today, of a temporary two-year cut of two percentage points in the Social Security payroll tax, which applies to all wages up to $113,700.

The new federal tax bill also restores the so-called “Pease” provision, first enacted in 1991 and phased out by the Bush tax cuts between 2006 and 2010, which disallows a portion of itemized deductions for singles with gross income above $250,000 and married couples with gross income above $300,000.  This effectively amounts to an additional marginal rate hike of 1 to 1.2 percentage points for those affected. Thus, the new top rate will be closer to 41 percent*** — back, again, to the pre-Bush level. Because high-income New Yorkers claim much larger-than-average itemized deductions, the impact of the renewed Pease provision is especially pronounced here.

Finally, as expected, the cliff-avoidance deal raises the federal tax rate on both capital gains and dividends from 15 percent to a maximum of 23.5 percent.  This will also gouge high-income New York investors, in particular — which explains why so many of them were rushing to sell stocksand real estate before the end of last year.

Obama, however, wanted to go much further.  First, he aimed his marginal rate increase at households with gross incomes as low as $250,000 for couples — a category that would take in at least 276,000 150,000 more New York State income tax filers, including commuters from other states.  He also wanted to raise the top tax rate on dividends back to the same level as applied to normal income.

While the Democrat-controlled U.S. Senate rubber-stamped the President’s tax hikes in advance of last year’s presidential campaign, many of its members weren’t entirely happy with the plan. In fact, in October 2011, Majority Leader Harry Reid and Sen. Charles Schumer proposed raising taxes only on incomes above $1 million — similar to what House Speaker John Boehner ultimaely proposed in his abortive “Plan B” offer a couple of weeks ago.  Schumer said an income of $250,000 “in many parts of the country” could be considered “firmly in the middle class.”  That’s what he was saying that in the fall of 2011, at any rate; more recently, he had (publicly) beencarrying water for Obama’s proposal.

Obama also sought to further curtail deductions in a way that would effectively eliminate 30 percent of their value for households in the top bracket.  He wanted to similarly reduce the tax exemption for interest income on state and local debt.

Combined with Pease, the President’s proposed changes would have significantly boosted the net effective income tax rate in New York State and New York City.  As an alternative to higher tax rates, many congressional Republicans favored a much tighter cap on itemized deductions for high-income households — particularly the state and local tax deduction.  Aside from the restored Pease clawback, there is no additional limitation on deductions in the final cliff-avoidance bill.

But the Washington fiscal fight is far from over.  In a statement last night, the President indicated he wants “further reforms to our tax code so that the wealthiest corporations and individuals can’t take advantage of loopholes and deductions that aren’t available to most Americans.”   That’s Obama-speak for higher taxes on “the wealthy” — which would mean higher tax hike aimed primarily at New York, its neighboring states and California.

Meanwhile, in one piece of moderately good news for New York, the new law will permanently “index” to inflation the income trigger levels of the Alternative Minimum Tax (AMT).  Because the AMT disallows dependent exemptions and deductions for state and local taxes, it has a disproportionate impact on New York families with children, especially downstate homeowners.  By significantly reducing taxes on middle-class households, especially large families, the Bush tax cut had the paradoxical effect of throwing more of these families into the AMT zone.

The new law will at least bring an end to the annual temporary “patches” Congress had been enacting to prevent the AMT’s impact from getting worse, especially in New York and other high-cost, high-tax states. Unfortunately, in the wake of this week’s last-minute deal, the federal tax code in general is a bigger mess than it has been at any time since the 1986 tax reform.  Notwithstanding today’s short-term surge in stock prices, it’s not good for the nation’s economyor its financial capital.

** Not including a Medicare payroll tax of 3.8 percent, up from 2.9 percent under previous law.**