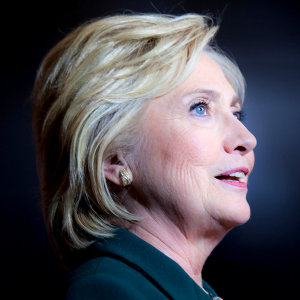 Hillary Clinton’s endorsement of a Medicare “buy-in” for older Americans who are under 65 raises the question of whether it would actually be a good deal for the people it is supposed to help.

The frontrunner for the Democratic presidential nomination didn’t estimate a premium cost for her proposal. Assuming it’s budget-neutral, however, it’s hard to see how such coverage could compete on price with the private-sector options now available through the Affordable Care Act.

For people over 65, Medicare is indeed a bargain, with premiums that typically amount to about $2,000 a year, or less than $200 a month. But those premiums cover only a fraction of what Medicare spends, which averaged $10,365 per enrollee a year as of 2009.

Nor do payroll taxes cover the full tab. According to an analysis by the Urban Institute, a married couple of average earners who retired in 2015 would have chipped in $140,000 in payroll taxes, yet will receive $422,000 in benefits (net of premiums) during their post-65 lifespan. In other words, Medicare coverage for typical enrollees ultimately costs the government far more than they pay in premiums or payroll taxes.

A budget-neutral Medicare buy-in presumably would not count on such heavy subsidies. So what would premiums look like?

To cover the average per-enrollee cost of $10,365 in 2009, the monthly price for individual coverage would have to have been roughly $860– which equates to over $1,000 today, after accounting for medical inflation.

That would rank it among the very most expensive plans available in 2016 on the New York State of Health, the state-operated insurance purchasing exchange under the ACA. Most of the exchange’s “platinum” plans for individuals range from $450 to $780 a month. A majority of New Yorkers shopping on the exchange also qualify for tax credits that further reduce their out-of-pocket cost.

But let’s assume people signing up for the Medicare buy-in are given a discount for being younger than 65. In her remarks on Monday, Clinton said she would extend the option to “people 55 or 50 and up” – a group that’s generally healthier than the current Medicare population.

Taking those demographics into account, the Congressional Budget Office estimated in December 2008 that a Medicare buy-in would cost consumers $7,600 a year as of 2011. Trending that forward for medical inflation brings the figure to about $8,500 a year, or $708 a month.

That’s still more costly than most of the “platinum” plans on New York’s exchange, and almost double the price of some “silver” plans, which are the most popular option – even before tax credits are included. Barring subsidies that Clinton has not spelled out, a Medicare buy-in looks like the opposite of a bargain for consumers.

As a 2009 study by the Kaiser Family Foundation concluded, “Given modest incomes of many uninsured older adults, few would be able to purchase Medicare coverage without fairly substantial subsidies.” Those subsidies would have to be substantial – and expensive for taxpayers – if the buy-in were to be a viable option in competition with private-sector prices.

Also relying on questionable math is Bernie Sanders’ “Medicare for All” proposal. On Monday,  the Urban Institute estimated that his universal health-care plan would cost $32 trillion over the next decade, more than doubling the entire federal budget. That would be offset by $4 trillion in savings for state and local government, and $22 trillion in savings for business.

The institute further estimated that Sanders’ revenue proposals for all purposes – which Tax Policy Center director Len Burman has called “the largest peacetime tax increase in history”–  would raise less than half the money necessary to pay for his health plan alone.

A reality check on Medicare changes