Ending the moratorium on “hydrofracking” of natural gas in upstate New York would spur over $11.4 billion in economic output, create 15,000 to 18,000 jobs in the Western New York and the Southern Tier regions, and generate $1.4 billion in state and local tax revenues, according to a study issued last week by the Manhattan Institute’s Center for Energy and the Environment. 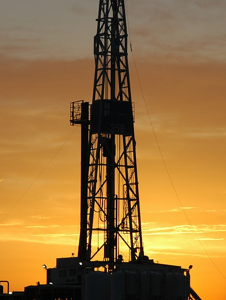 The study — authored by a trio of researchers led by Timothy J. Considine, a professor of economics at the University of Wyoming — comes weeks before the scheduled July 1 expiration of a drilling moratorium imposed last year by former Governor David Paterson.  However, the state Department of Environmental Conservation apparently has not yet completed the Generic Environmental Impact Statement needed as framework for issuing drilling permits, so the moratorium effectively may extend for weeks if not months to come. A bill to extend the moratorium for another year has been passed by the state Assembly but is expected to die in the state Senate.

The development of unconventional natural gas and oil resources is well under way throughout the United States and the world on account of the arrival of two technologies: directional drilling and hydraulic fracturing. The application of these technologies represents a paradigm shift in oil and gas development, sweeping out the model of intensive initial development followed by a long period of production, and ushering in natural gas manufacturing, which requires unremitting drilling activity to add new wells that can replace rapidly depleting older ones. Given the magnitude of these unconventional resources and wells’ high initial output, such drilling and production activity is likely to continue for decades, creating jobs and driving growth in commercial activity, personal income, and tax revenue for years.

Environmental concerns have focused on potential contamination of water sources and on disposal of wastewater generated by the “fracking” process. But based on a close analysis of environmental records in Pennsylvania, Considine concluded that “the value of these environmental impacts is far smaller than the economic benefits of the activities that caused them.”

A typical Marcellus shale well generates about $4 million in economic benefits while generating only $14,000 in economic damages from environmental impacts,” he said.

The shale drilling boom now underway in Texas, Louisiana, Pennsylvania, Oklahoma and other states is already creating jobs, slashing natural-gas prices, and spurring billions of dollars of investment in new production capacity for critical commodities like steel and petrochemicals. Better yet, it’s spurring a huge increase in domestic oil production, which has been falling steadily since the 1970s.

The shale revolution now underway is the best news for North American energy since the discovery of the East Texas Field in 1930. We can’t afford to let fear of a proven technology stop the much-needed resurgence of American industry.Speaking at a Manhattan Institute luncheon at which the study was released last week, former Pennsylvania Gov. Edward Rendell said the economic benefits of tapping the Marcellus Shale in New York were too great to pass up.

“I would advise (Governor Cuomo) the moratorium should be lifted,” Rendell said. However, Rendell added as “an important caveat” that New York should learn from Pennsylvania’s experience by effectively regulating gas drilling. He also warned that the gas industry could “kill the golden goose” by continuing to oppose the imposition of a shale tax in Pennsylvania.