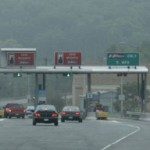 In their respective one-house budget bills, state Assembly Democrats and Senate Republicans both had the good sense to reject one of the most egregious fiscal-political gimmicks ever to emerge from Governor Andrew Cuomo: a temporary income tax credit that would have reimbursed a portion of Thruway tolls paid by New York State residents and businesses.

Over the next three years, the tax credit would have essentially squandered $340 million out of $2.3 billion in windfall cash generated by state and federal legal settlements with New York-chartered financial institutions—money that would be better spent on the kind of core transportation infrastructure work that Cuomo has been underfunding.

The governor is trying to paint the rejection of the toll credit as reflective of downstate bias on the parts of Assembly Speaker Carl Heastie, D-Bronx, and Senate Majority Leader John Flanagan, R-East Northport. From Gannett News Service:

Cuomo on Tuesday said he hopes upstate members of the Legislature are “held accountable” for opposing the toll tax credit.

“I believe it’s upstate New York … in a tug-of-war through the budget losing what I believe was a significant subsidy and a significant program,” Cuomo said.

But just because most of the Thruway’s 570 miles run across upstate New York, it doesn’t mean most upstaters rely on the Thruway for their daily commutes—or that they pay all that much when they do.

In fact, on a per-car basis, the biggest beneficiaries of the $113 million-a-year toll credit, by far, would have been downstate motorists.

How and where the toll credit would flow

As summarized in the governor’s program bill memo:

Individuals would be eligible for a personal income tax credit equal to 50 percent of the Thruway tolls paid through an individual E-ZPass account provided the individual paid at least $50 in annual tolls.

On upstate Thruway stretches linking suburbs and downtown business districts—for example, between Exit 24 in Albany and Exit 25 in Schenectady, where the full cash toll is 30 cents—regular commuters can apply for discount permits costing just $88 a year. The maximum toll tax credit for such commuters would have been $44—or perhaps as much as $90, if they never bothered to secure a discount permit but paid the full E-ZPass toll.

Much higher tolls are paid by daily Thruway commuters in the New York City metro region—particularly those heading to work between Westchester and Rockland counties across the Tappan Zee Bridge, where the basic one-way E-ZPass toll is $4.75. An individual driver paying the monthly Tappan Zee discount toll of $60 would have pocketed $360 under the governor’s toll credit. For regular commuters using discount permits at the Yonkers and Harriman toll barriers in the lower Hudson Valley, the credit would have been worth about $116; for commuters using discount permits at the New Rochelle barrier, it would have been $132. Very few upstate commuters have total annual toll bills exceeding $100.

Senate Republicans erased the entire toll credit from their amended budget bills they passed this week, while the Assembly voted to retain only the small portion ($15 million a year) that would fully reimburse farmers’ tolls.

Upstate-downstate differences aside, the toll credit is still a bad idea. From my testimony at the Legislature’s joint fiscal committee hearings in January:

To begin with, if the toll credit is a solution, what exactly is the problem? After all, tolls on the New York State Thruway are not out of line with those charged by other interstate systems. On a passenger mile basis, Thruway tolls generally are lower than those charged by the state turnpikes in New Jersey, Pennsylvania and Massachusetts. At the same time, the Thruway has significant capital needs that go well beyond the coast of replacing the Tappan Zee Bridge, whose added toll for many years subsidized the rest of the system.

The most objectionable aspect of this proposal is that it represents a completely inappropriate use of a highly unusual one-shot infusion of revenues. There are four and only four fiscally responsible ways to spend this kind of money:

At a time when capital resources are scarce and infrastructure needs are great, the governor is asking you to squander $340 million in a way that will produce absolutely no lasting fiscal benefit. This proposal does not deserve support in any corner of New York, upstate or down. It is an indefensible gimmick, a waste of money that could be far better spent on actual capital purposes.

The money Governor Cuomo wants to devote to toll tax credits should be invested in highway and bridge infrastructure—preferably linked to contractual and tort reforms that can ensure New Yorkers get better value for their capital construction dollars.