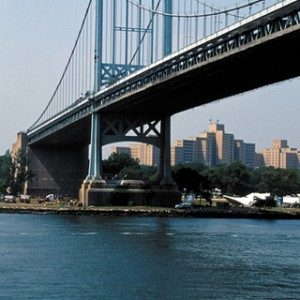 Triborough ensures that provisions of a public-sector union contract remain in effect even after the contract expires — which, in the state’s case, means rank-and-file union members can avoid proposed furloughs and health insurance concessions by rejecting the contracts their leaders have negotiated. Cuomo will then have little choice but to follow through on his threat to lay off up to 8,900 workers. However, layoffs aren’t necessarily much of a deterrent to the union members who have the most to lose under the tentative contracts, since the last-in, first-out rule ensures that layoffs affect only the most junior workers.

Sure enough, the latest issue of The Chief, which focuses on union issues, includes this quote from an unnamed member of the Public Employees Federation (PEF), in reaction to the proposed contract:

“The prevailing sentiment I’m hearing is that it’s going to go down … The furloughs are a problem for people. We have the Triborough Amendment — why do this to yourself?

Under the circumstances, that mindset is completely understandable.  If you don’t care about colleagues losing jobs, and if the prospect of a two percent pay hike in 2014 and 2015 doesn’t move you, you won’t find it too hard to vote “no.”  (Keep in mind that, notwithstanding the inevitable base pay freeze, Triborough also ensures employees will continue to receive step increases if they are still in the process of moving from the “hiring” to “job” pay rates on the civil service pay scale.)

And this explains, in a nutshell, why the state’s local government and school officials have been clamoring for repeal or reform of the Triborough amendment.  When county executives, mayors and school boards seek concessions from their own unions, they get the same reaction.

The fate of Cuomo’s contract deal will soon be more apparent.  The Civil Service Employees Association (CSEA) mailed contract ballots to its members on July 22 and will count the votes on Aug. 15.  PEF’s executive board is meeting this week to approve submission of the contract to its members; assuming that comes off without a hitch, the union will mail ballots on Sept. 2 and count them on Sept. 27.