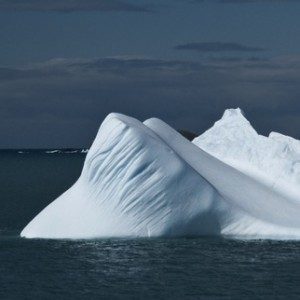 The state government’s two largest unions, the Civil Service Employees Association (CSEA) and Public Employees Federation (PEF), have agreed to contracts that would increase the employee share of health insurance premiums to rise from 10 percent for individual coverage and 25 percent for family coverage to as much as 16 percent and 31 percent, respectively. The maximum premium share increases of six percentage points would be targeted to employees in higher pay grades.

Employees who retire directly from the state government payroll after at least 10 years of service are eligible to remain in the state employee insurance plan, and can apply the value of unused sick time to cover their premium costs.  As a result, as we noted in our October 2010 report, “Iceberg Ahead: The Hidden Costs of Retitee Health Benefits” taxpayers actually cover an average 91 percent of the premium for state retirees.   And once government retirees turn 65, the state covers their entire Medicare Part B premium as well. By contrast, early retirees in large corporate plans must pay an average of 51 percent of their medical costs, plus full Part B premiums.

Unlike public pensions, which are designed to be fully pre-funded with employer and employee contributions while a future retiree is still working, retiree health care is covered by the state and its local governments on a pay-as-you-go-basis — so current taxes are covering benefits earned decades ago.  Retirees will soak up about $1.3 billion of $3.4 billion the state is laying out for employee health plans in 2011-12. As of 2010, the state’s unfunded liability for retiree healthcare — the value of what has been promised to all eligible workers– came to over $60 billion. The unfunded liability for all levels of government in New York came to over $200 billion.

“Iceberg Ahead” explained that government retirees in general have a much better deal than the people who pay their salaries:

Health benefits for retirees are increasingly uncommon in the private sector.  Only 28 percent of firms with more than 200 employees, and 3 percent of smaller firms, offered health benefits to any retirees as of 2010. Even among larger firms offering such coverage, retired employees are asked to share more of the cost burden than their government counterpart.”

Another difference between retiree healthcare and public pensions: health benefits are not constitutionally shielded from any change. Since state employees are not represented by unions once they retire, their premium levels can be revised by law without recourse to negotiations.

While health insurance adjustments in previous CSEA and PEF contracts have also been passed along to retirees, the Albany Times Union quotes a Cuomo spokesman as saying: “Under no circumstances would a 6 percent increase in health care premiums [the maximum amount for active employees] be applied to retirees and that has never been the state’s intention.”

That still leaves the question of whether the administration would pass along the increase on a means-tested basis.

This much is clear: as long as retiree health insurance deal remains unaltered, that unfunded health care “iceberg” will get bigger and bigger.