The following table shows the five highest-paying employers in the Central New York region, which includes Cayuga, Cortland, Madison, Onondaga and Oswego counties, for general employees and police or firefighters: 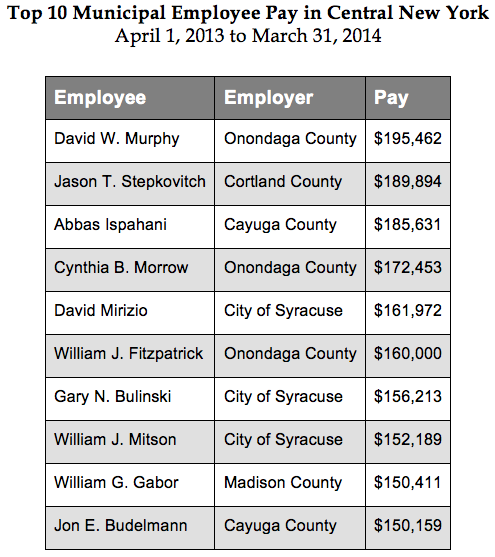