The highest-paid local government employee in the region was Brian P. Lutz, an Albany police officer who, according to news accounts, received $112,635 in retroactive pay after an appellate court reversed his 2011 dismissal. His total pay was $177,397. The second highest-paid was Timothy D. Landis, a psychiatrist who was paid $176,325 by Rensselaer County. The names, employers and pay of the 10 highest-paid local government employees in the region are below. 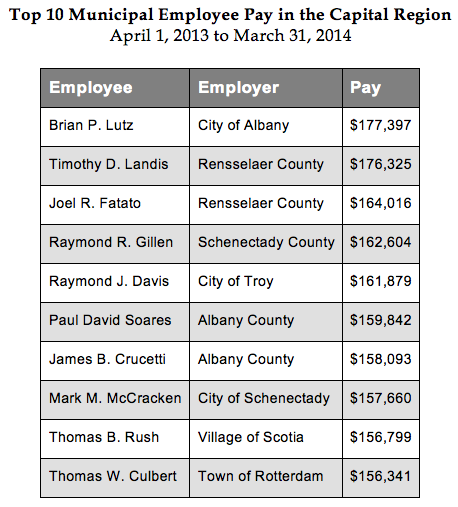